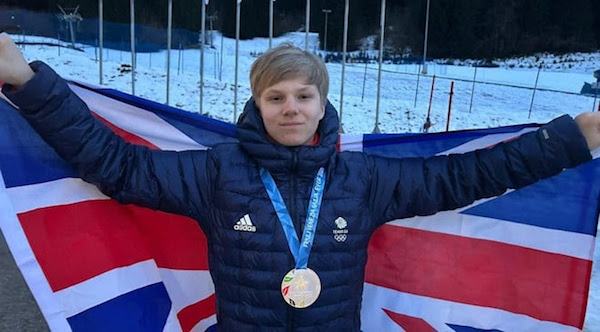 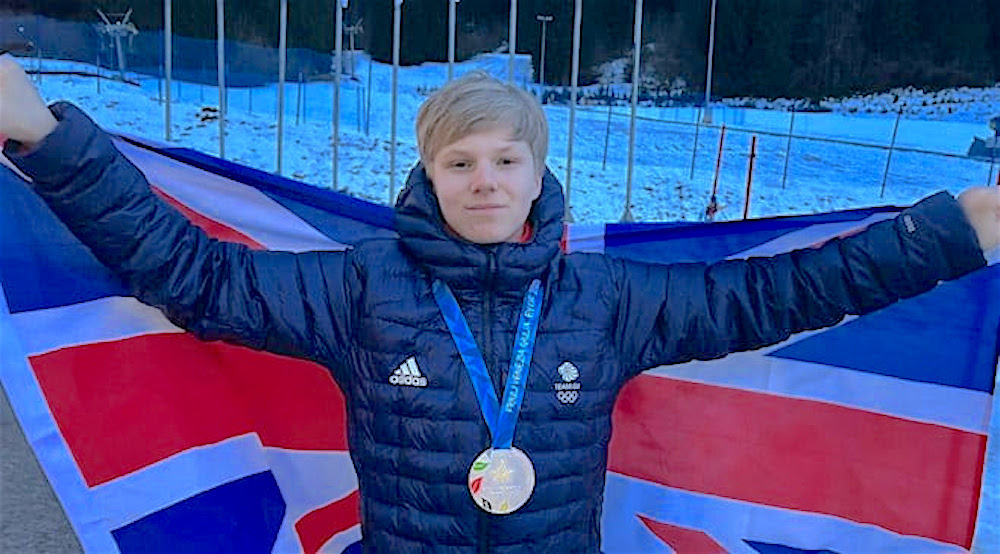 The 15-year-old from Brighton, East Sussex, took his place on the podium alongside France’s Allemand in first place and Norway’s Sukke in third, finishing with a total score of 151.3 after sailing through Sunday’s qualifying rounds. Earlier in the week he was selected by Team GB Chef de Mission Pete Ambroseto carry the flag at the Opening Ceremonyalongside figure skater Arabella Sear-Watkins for displaying the Team GB values of pride, unity, responsibility and respect throughout his career to date.

Lane said: “It feels amazing to win a medal. I was very overwhelmed at the time but all the hard work that has gone into this has finally paid off. I was a bit stressed when I was competing but I tried to keep my cool, we stuck to the plan and the plan worked. It was really great with all the other teams up there – we all support each other, we’re all friends with eachother and there was a really good vibe in all. It’s been my dream to come to a European Youth Olympic Festival and to get a medal is just the cherry on top.”

Teammate Amber Fennell, who qualified in first place in the girls’ big air competition earlier this week, narrowly missed out on a podium spot in today’s final. She placed fourth with a total of 138.5 points, coming just a point behind Austria’s Lakatha who claimed bronze with 139.5.

Elsewhere, short track speed skater Willem Murray secured his third personal best of the competition in today’s 1000m heats, knocking two seconds off his existing time. Teammate Joseph Armstrong also lined up for the 1000m heats, though neither were able to make it through to the latter stages of the competition.

Seventeen year old biathlete Quentin Wedderburn made his debut at the festival on day three in the boys’ 7.5km sprint, clocking up a particularly strong performance in the ski. He’ll return to compete again on Thursday 26 January in the 12.5km individual.

Wedderburnsaid: “It’s an honour to be able to race for Team GB. The race was great, the venue was great, the competition was awesome, the conditions were perfect and I really enjoyed myself. I’m really looking forward to the next event, it should be exciting.”

Team GB’s alpine skiers also saw their first day of competition today, with Luca Carrick-Smith and George Black both lining up in the slalom. After two challenging runs the podium spots were claimed by France’s Baur with gold, Sweden’s Wissting with silver and Austria’s Zudrell with bronze. Meanwhile, freestyle skier Jake Dade made his EYOF debut in the boys’ ski cross qualifiers, coming in at 15thwith a time of 46.28.