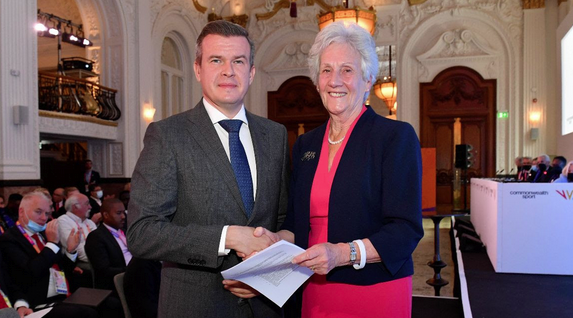 The Commonwealth Games Federation (CGF) and the World Anti-Doping Agency (WADA) have today announced a new agreement to collaborate on a range of anti-doping activities to encourage clean sport across the 72 nations and territories of the Commonwealth.

The agreement, signed at the CGF General Assembly in Birmingham on the eve of the 2022 Commonwealth Games, provides a renewed commitment towards supporting Commonwealth-wide anti-doping measures and strengthens the excellent relationship between the CGF and WADA.

The signing comes after a series of initiatives have been launched for Birmingham, including a new interactive e-learning education course, developed and hosted by WADA for athletes and coaches at Birmingham 2022. The course is hosted on WADA’s Anti-Doping Education and Learning platform, ADEL.

As with the previous editions of the Games, onsite Athlete Outreach will be available in Birmingham. WADA’s Independent Observer Programme will monitor and report on the Anti-Doping programme in Birmingham.

The CGF recently completed the WADA Code Compliance Questionnaire and was found to be in compliance with the 2021 World Anti- Doping Code.

CGF President Dame Louise Martin DBE said: “On the eve of Birmingham 2022, our message is clear; we have zero tolerance when it comes to doping in sport. It is fundamentally wrong and is detrimental to the values of Commonwealth Sport.

The agreement today is further affirmation of our commitment to clean sport, which is critical to achieving integrity and fairness in sport.

In collaboration with WADA, the CGF seeks to maintain the integrity of the Commonwealth Games by running a comprehensive anti-doping programme that focuses equally on education and prevention as well as testing.

We are so proud of our record in the Gold Coast 2018 of zero positive tests and have done a huge amount of pre-Games education for Birmingham participants.

I thank WADA for their support and guidance and look forward to a successful partnership which extends well beyond these Games.”

WADA President Witold Bańka said: “WADA recognizes the importance of partnerships in the pursuit of clean sport. The global anti-doping system relies on collaboration between various stakeholders, and this MOU between WADA and the Commonwealth Games Federation will boost the anti-doping work already being carried out within the federation’s member countries.

“This agreement will guide the two organizations in implementing joint programs. It will focus on building anti-doping capacity around the world and, as a result, it will enhance the capabilities of all CGF members. Joint initiatives between WADA and the CGF will empower athletes and their support personnel. It will give them the tools they need to compete clean, and therefore ‘Play True’, throughout their careers.

“I would like to thank Dame Louise and the Commonwealth Games Federation for their vision and willingness to prioritize clean sport. This collaboration will serve to strengthen the CGF’s own programs and will make a meaningful contribution to the worldwide movement to protect the integrity of sport.”

The new agreement comes after the CGF Anti-Doping Taskforce, led by the CGF and UK Anti-Doping (UKAD), was announced earlier this year to promote clean sport and ensure a robust Anti-Doping programme is in place for the Games.