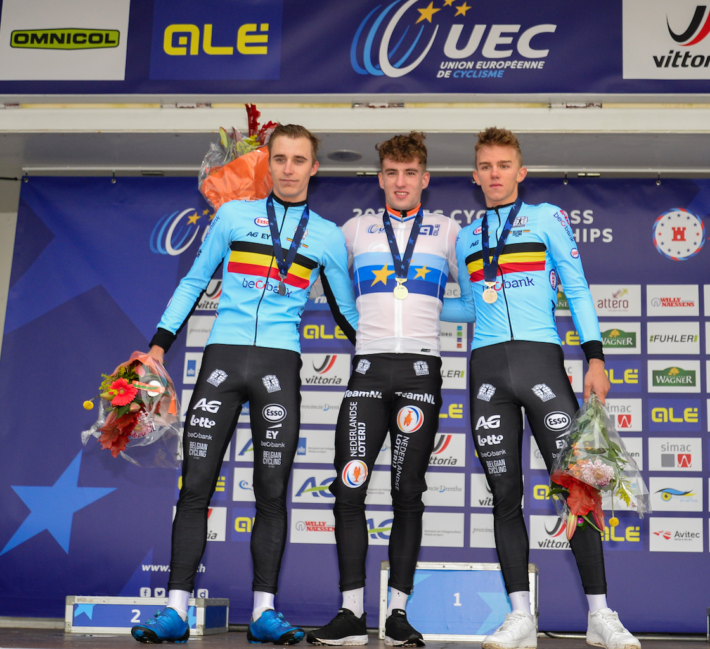 The Cyclo-Cross Championships ended today in Col du Vam – Drenthe (Netherlands), raced by 252 riders
from 19 countries, with the win by the Dutch rider Lars van der Haar in the Elite category.
Van der Haar lead an impeccable race especially in the final stages, two laps from the finish, by managing to
overtake Quentin Hermans who dominated the race straightaway with his fellow Belgian teammates. From the
start, seven Belgian riders took control leaving behind Van der Haar who then came back and caught up the
leading men one by one, to then cross the finish line alone 25” ahead of Quentin Hermans and 54” in front of
Michael Vanthourenhout.
In the Women’s Elite, after the bronze medal last year and silver in 2016, Lucinda Brand (Netherlands) took
the European title in a show of force. The current World Champion virtually had no opponents and remained
alone in front right from the start. The fight to win medals for the other podium places was especially fierce
between the Dutch riders Yara Kastelijn and Ceylin del Carmen Alvarado and the young Hungarian Kata
Blanka Vas. In the final moments of the race, Kata Vas managed to push ahead and took second place at 56”
ahead of Lucinda Brand, beating Yara Kastelijn who finished in 1’02”.
The Championships started on Saturday with the Women Juniors race dominated by Zoe Backstedt. The Briton
took the lead right from the start and stayed in front alone right until the finish line 1’06” ahead of the Dutch
rider Leonie Bentveld and her compatriot Nienke Vinke who finished third at 1’30”.
For Zoe Backstedt this is the umpteenth title in 2021 after the Road World Championships and her three wins
at the Track European Championships: Team Pursuit, Madison and Individual Pursuit, speciality in which she
holds the world record achieved at the European Championships in Apeldoorn 2021.
The Men Juniors race developed in the same way with the Belgian Aaron Dockx who dominated right from the
first lap and was in control of the entire race with a good lead. Behind him the battle for the other podium places
was between Haverdings (Netherlands) and Paletti (Italy), who fought it out in an exciting duel which was won
by the Dutch rider who took second place beating the Italian.
Ryan Kamp (Netherlands) won the Men’s Under 23 race again and held on to his title won last year. The race
was dominated by Belgian riders who immediately set a particularly fast pace controlling the race right until
the end, when Thibau Nys, Road European Champion, and Niel Vandeputte stayed ahead. The final victory
played out in a three-man sprint on the long straight stretch of the finish where Ryan Kamp beat Niel
Vandeputte and Thibau Nys.
Dutch domination in the Women’s Under 23 with the win by Shirin van Anrooij who rode alone in the first six
laps. She beat her compatriots Puck Pieterse, first last year, and the current World Champion Fem van Empel. 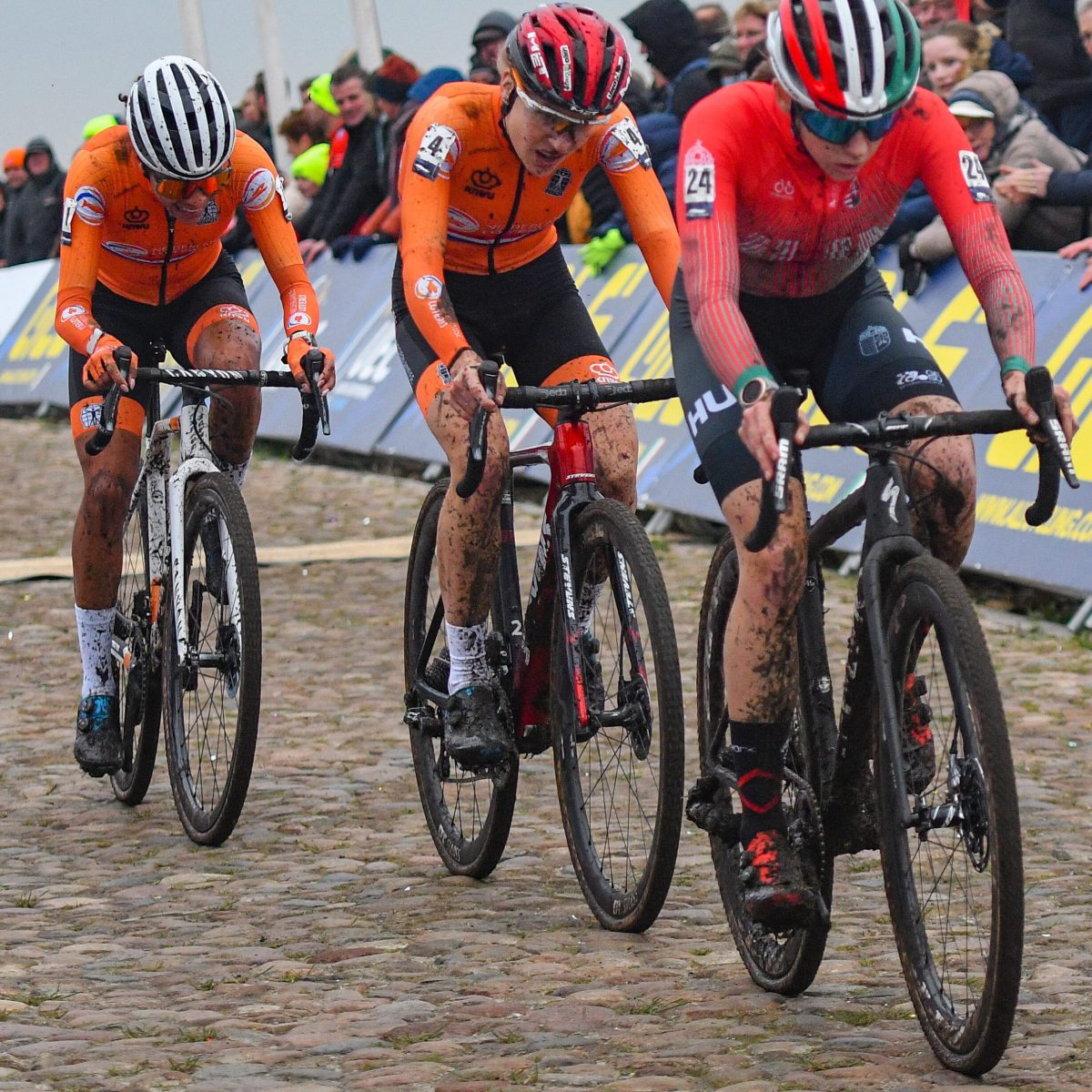 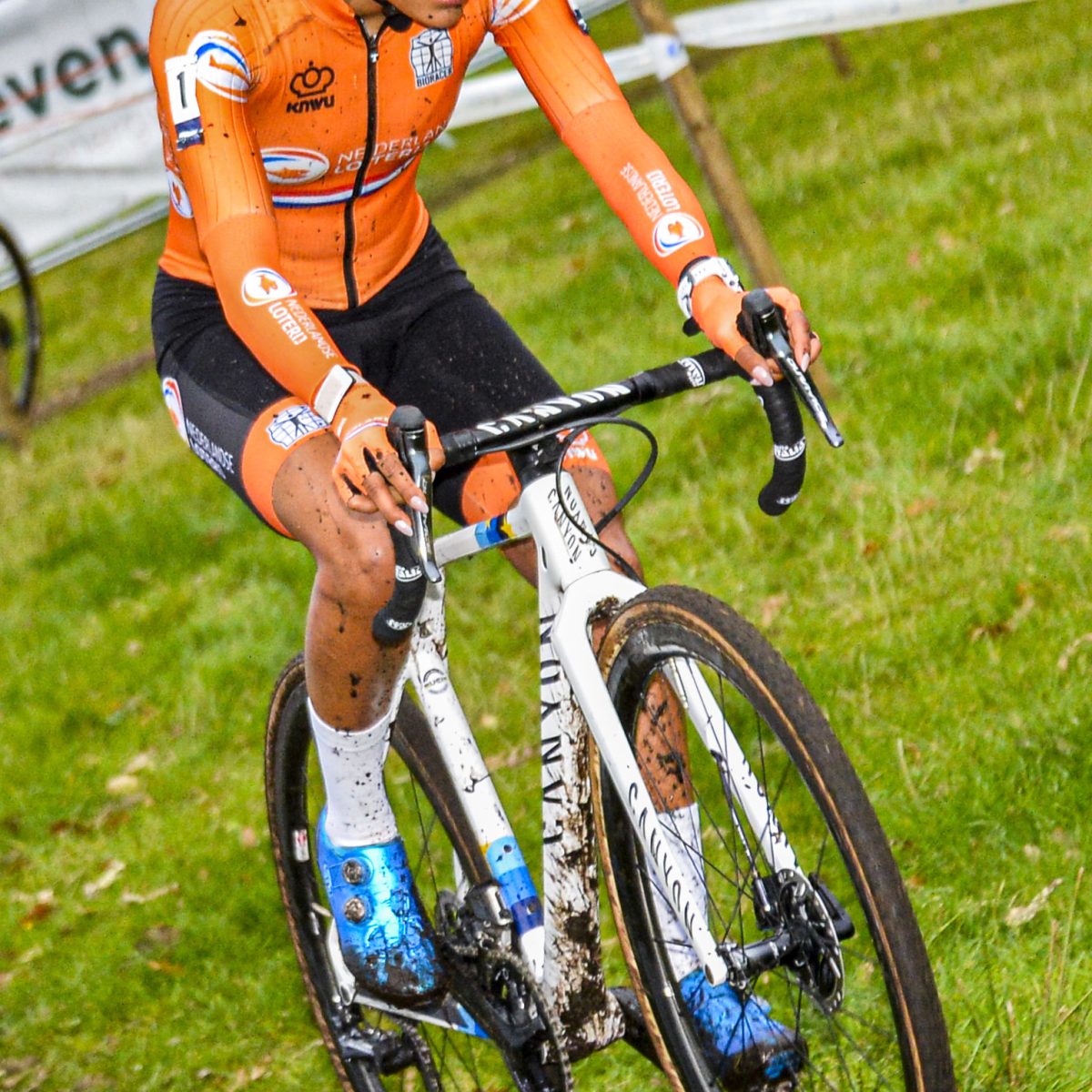 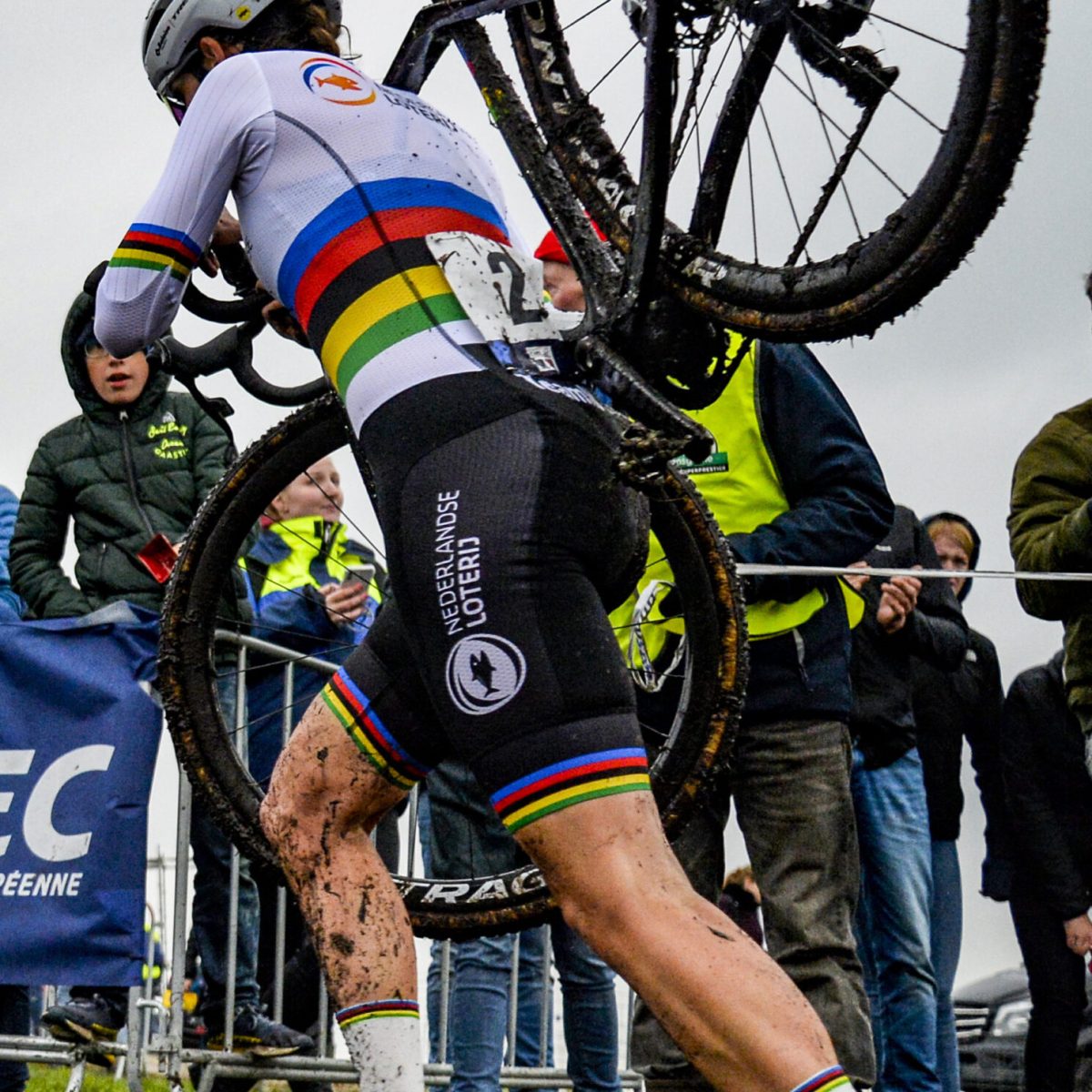 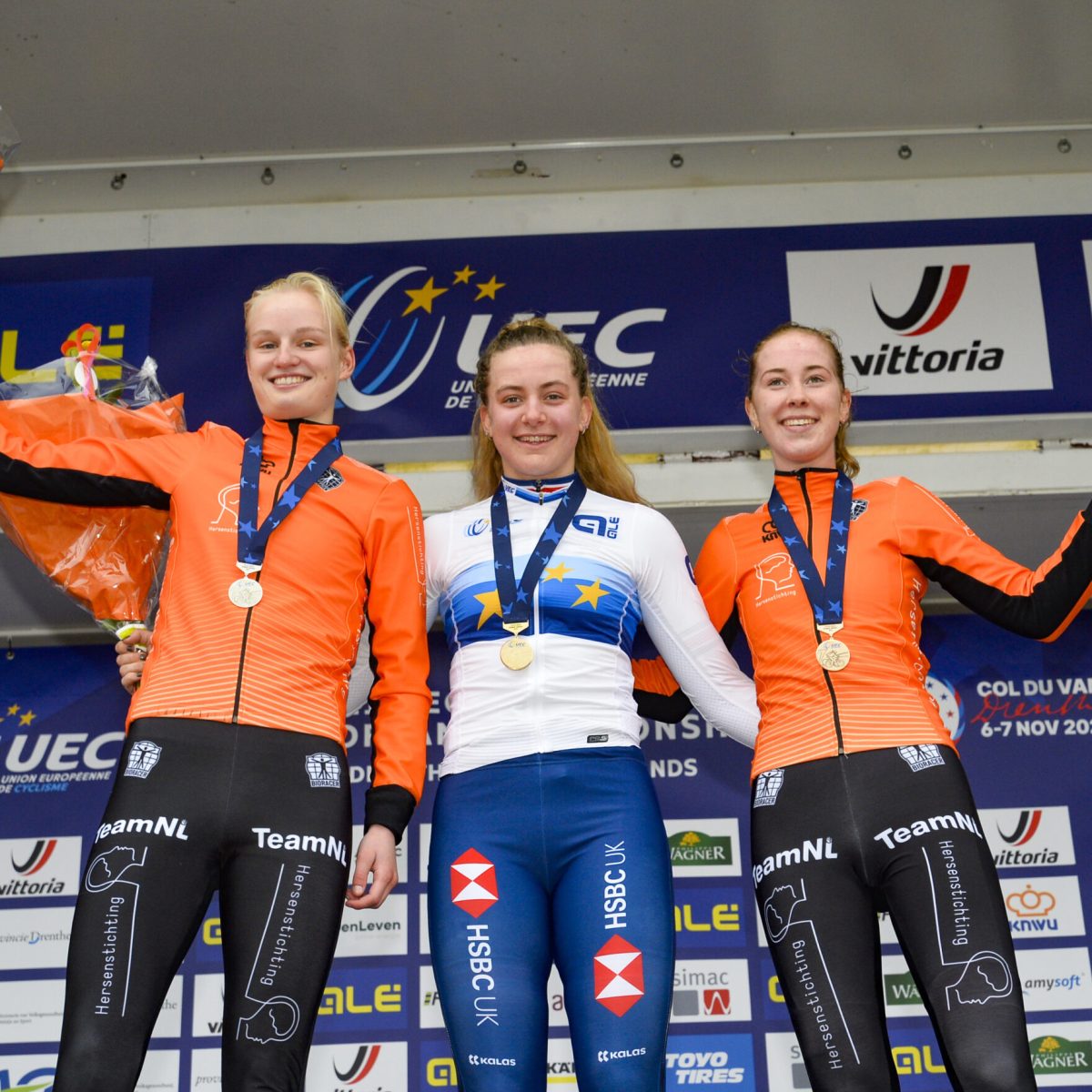