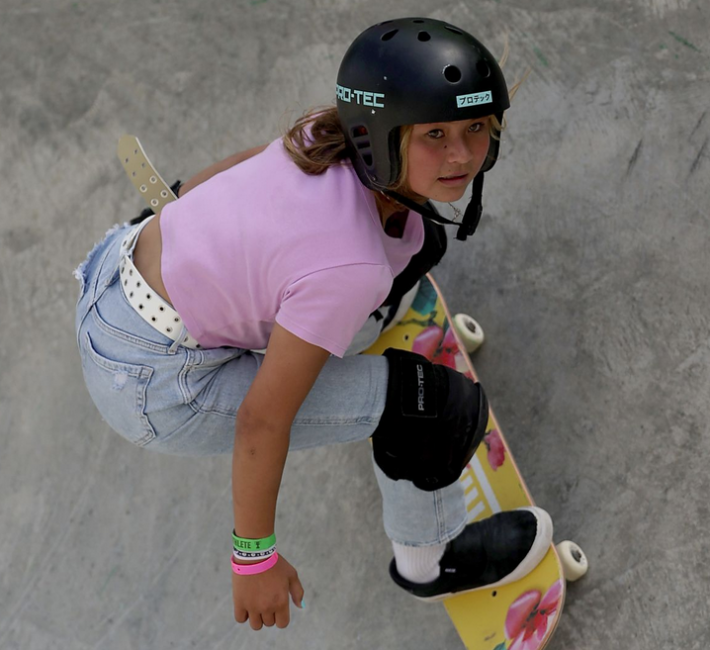 The British Olympic Association (BOA) has today announced the two skateboarders set to compete for Team GB at the rescheduled Tokyo 2020 Olympic Games.

Sky Brown and Bombette Martin will both compete for Team GB in the skateboard park discipline in Tokyo, after qualifying in third and eighteenth position respectively during the World Skate qualification season.

Brown will become Team GB’s youngest ever summer Olympian at the age of 13 years and 11 days, surpassing Margery Hinton who was 13 years and 44 days when she competed at Amsterdam 1928 in swimming. In her last international event, Brown produced her best ever competition run, to win a silver medal at the Dew Tour, USA and took third  place in the World Championships in Rio de Janeiro the season before, cementing her ranking as third best in the world.

Martin, 14, has had a succession of good competition results in the last two years. In April she won the Skateboard GB x Habito National Championships and more recently finished in the top 20 at the Dew Tour, USA. Martin is the daughter of John ‘Bomber’ Martin, an ex-amateur boxer from Birmingham.

Skateboarding will make its Olympic debut in Tokyo and sees male and female competitors compete in both street and park disciplines.

Team GB Chef de Mission for the Tokyo Olympic Games, Mark England, said: “It is incredibly exciting to announce Sky and Bombette to Team GB for the Tokyo 2020 Olympic Games. Not only will they both make history as Team GB’s first ever skateboarders, but Sky will also make history of her own as she becomes our youngest ever summer Olympian.

“Competing at the heart of the Games at the Ariake Urban Sports Park, I am sure the skateboarding park competition will capture the imagination of the Team GB fans, just like freestyle snow sports did when they were introduced to the Olympic Programme. I couldn’t think of two better athletes to act as ambassadors for Team GB in this exciting new Olympic sport and we wish Sky and Bombette the very best of luck in their final preparations.”

James Hope-Gill, CEO at Skateboard GB said: “We are so excited to see two GB skateboarders qualify for the Games. Both girls have such amazing talent and are an inspiration to other skateboarders out there, showing people that anything is possible, no matter your age.

“Over the last two years we have worked with Sky and Bombette to help them with their preparations and today’s announcement shows how their hard work has paid-off. We wish them the best of luck”.