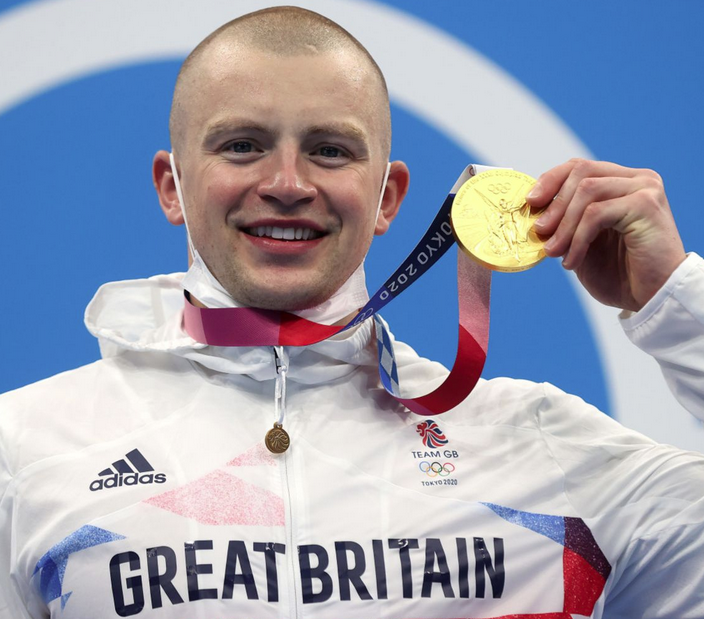 The fastest man to ever compete in breaststroke was a huge hope for gold and hit the expectations of a nation, stopping the clock in 57.37 seconds to become double Olympic champion.

With eight world titles, 16 European titles, the 16 fastest times in history and having broken the world record on five occasions, Peaty’s standing in the pool was never in doubt.

And a second Olympic gold medal was nothing less than what was hoped for from the 26-year-old, becoming Team GB’s first champion of a Games for the second time having achieved the feat in 2016.

“It takes an athlete to be the best person on the day and who wants it more,” said Peaty, from Uttoxeter.

“It just means the world to me. I thought I had the best preparation but morning finals changed everything and threw that out of window.

“I felt the pressure but I needed to put myself on edge.

“You can do whatever you want in your own pool but when it comes to being out here it’s not about a time.

“I was racing myself. It wasn’t about the time but the race.”

Peaty has long hard a target on his back in the world of breaststroke swimming.

For seven years he has been undefeated in the 100m discipline, while he is the only person to ever clock a time under 57 seconds.

For some, that would be a fearful place to be but Peaty is a man who relishes the challenge.

“I wanted it more. I know they are trying to get me but that’s where the training comes in,” he added.

“It’s like the four-minute mile – once one person does it, others do.

“Thanks to the nation for being behind me for five years and my family and my beautiful boy [George-Anderson Adetola Peaty].

“I knew it was going to take every bit of energy and I’m just so relieved.”