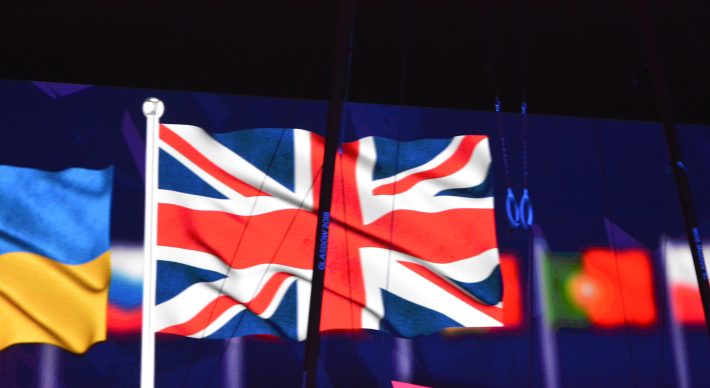 Team GB today announced a six-year partnership with the University of Hull, which will incorporate both the Tokyo 2020 and Paris 2024 Olympic Games and the Beijing 2022 Olympic Winter Games.

At the heart of the partnership will be the ability to benefit from shared information, joint research and enterprise projects delivered by the University in support of Team GB.

The partnership will also cover opportunities for the University of Hull’s students, staff and communities, including participating in Team GB events, developing courses, guest speakers and CV-boosting opportunities such as work experience and volunteering.

The partnership is based on shared ambitions and beliefs, which will benefit both the University of Hull and Team GB over the six-year term of the deal.

To launch the partnership, the University of Hull is holding a day of activities, which will include primary schools from Hull taking part in a mini Olympic Games at the University’s new sport facilities and a Q&A session for staff and students with Rio 2016 gold medal winning cyclist Elinor Barker, London 2012 gold medal winning boxer Luke Campbell and Team GB Chef de Mission (Rio 2016 and Tokyo 2020) Mark England.

The Olympic Torch will also be carried through the campus by six of the university’s staff, students and alumni. The torch procession will culminate in a celebration at the Library Plaza in the University.

The day will then end with a special dinner for staff, students and members of the local community which will feature a drinks reception with Elinor Barker and speech from Bill Sweeney.

British Olympic Association CEO Bill Sweeney, said: “With planning for Tokyo 2020 well underway, we’re excited to announce this innovative partnership, which will deliver positive, tangible outcomes for both parties. Our six-year commitment with the University of Hull underlines our vision to plan long-term beyond Tokyo and on to Paris 2024.

“At the heart of Team GB’s mantra is giving athletes a platform to succeed, exploring all avenues in the pursuit of success. We will be conducting joint research and developing specific courses looking into the positive impact of a strong team ethos and how this can help achieve success in highly competitive environments. We look forward to working together to grow this vision further.”

“This is the foundation of our partnership. We believe that the extraordinary lies within everyone – but to realise this potential takes hard work, support and inspiration. Together with Team GB, we want to demonstrate that given the right opportunities, dedication and a supportive team, anyone can achieve their personal best.

“It is an honour for us to be able to partner with Team GB and we look forward to working together to achieve our joint ambitions.”

Osaro Otobo, President of Hull University Union, said: “I’m ecstatic about the University’s partnership with Team GB – it is an honour and a privilege to connect with a historic sporting brand which strives for excellence.

“This will have a hugely positive impact on the student experience here at the University of Hull.

“It is a real opportunity for them to get involved in exclusive, unforgettable experiences and take up CV-boosting experiences during their time at university, which is vital as they go on to their future careers.”

About the British Olympic Association:

About the University of Hull:

At the University of Hull we’re ambitious about the future. As one of England’s longest established universities, our motto Lampada Ferens – carrying the light of learning – remains as relevant as ever and we continue to empower people to shape the future.

The University welcomes students from more than 100 different countries with one in seven from outside the UK.  We nurture talent to help people grow as confident individuals and achieve the careers and futures they want.  Our graduates have gone on to achieve success at the top of their game – from commerce and politics and science and arts.

The University also makes a significant contribution to the region and beyond through its research. We were proud to host the British Science Festival in 2018. Our experts profiled their research as part of a showcase of the Best in British Science which included:

The University continues to invest in teaching and research facilities with a £300m investment programme nearing completion. This includes a £28m health campus, including the Allam Medical Building, opened in 2017 by HM The Queen, a world-class concert and performance venue that opened ahead of Hull’s reign as the UK City of Culture 2017 and a £16-million investment to enhance our sports facilities.