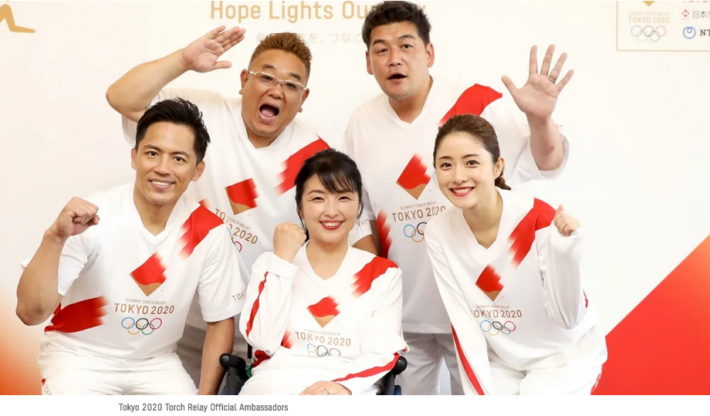 The Olympic Torch Relay kicks-off on 25 March 2021 but how much do you know about the route, the Torch, or those taking part? Here are the key figures as the flame begins it’s journey towards the Opening Ceremony of the Olympic Games on 23 July 2021.

The Grand Start of the Tokyo 2020 Olympic Torch Relay will get underway on 25 March 2021, but do you know the Olympic Flame is already in Japan?

The Tokyo 2020 Olympic Flame arrived in in Japan on 20 March 2020. It was lit at the Temple of Hera at the sacred site of Ancient Olympia in Greece on 12 March and then handed over to Japan after the Greek leg of the relay.

Following the postponement of the Tokyo 2020 Games, the Olympic Flame was first transferred to the facilities of the Tokyo Fire Department for safekeeping, then later on kept alight at the Olympic Museum in Tokyo.

On 11 March, the 10th Anniversary of the Great East Japan Earthquake, the flame was displayed at the Otsuchi community centre in Iwate prefecture – a region devastated by 2011 earthquake and tsunami.

It will next appear in public during the Grand Start ceremony – 370 days after it first arrived in the country.

The Olympic flame will traverse Japan for 121 days, starting on 25 March 2021 from the J-Village National Training Center in Fukushima Prefecture and will complete its journey on 23 July – the day of the Opening Ceremony of the Olympic Games Tokyo 2020. See the route and schedule here: follow the Olympic Torch Relay.

The Olympic Torch Relay will be held across all 47 prefectures of Japan, passing through some 857 local municipalities, taking in not only World Heritage Sites and historic locations such as Mount Fuji and Itsukushima shrine, but also areas through affected by the 2011 disaster that are still in the process of recovery, aiming to give hope and inspiration to people all over Japan.

The Tokyo leg of the Olympic Torch Relay takes place during the 15 days leading up to the Opening Ceremony of Tokyo 2020 on 23 July 2021, visiting all 62 municipalities of the city.

The torch is designed with a cherry blossom motif — the national flower of Japan and by far the most popular flower in the country. The torch resembles the shape of a cherry blossom when looking from above. It has 5 separate flames emerge from flower petals and come together as one at the centre of the torch to give off a more brilliant light — the ‘Path of Hope’.

The Torch Relay also begins during the cherry blossom season in Japan.

The Olympic Torch has been produced using the same aluminium extrusion manufacturing technology that’s used in the production of the famous Shinkansen Bullet Train. In addition, approximately 30 per cent of the Olympic Torch is made from recycled aluminium originally used in temporary housing units that were built after the 2011 earthquake and tsunami disaster that devastated Japan’s Tohoku region.

The Olympic Torch is 71cm tall and its flame will soar up to 25 to 30cm when lit up.

Some 10,000 torchbearers, who come from a variety of backgrounds and play different roles in society, have been selected to carry the Olympic Torch throughout Japan.

For the first time in Olympic history, hydrogen will be used to power the Olympic Torch on its journey through parts of the relay route, including the prefectures of Fukushima and Aichi, as well as parts of Tokyo. Gas will be used in other stages. It is one of the various initiatives undertaken by Tokyo 2020 in alignment with the United Nations’ Sustainable Development Goals.

You can follow every step of the Olympic Torch Relay with our dedicated livestream, which starts on 25 March 2021.