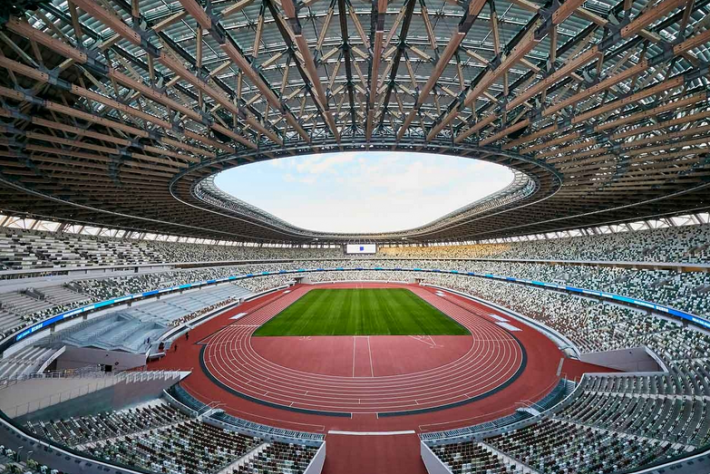 Sneak Peak of the Olympic Stadium (Feat. Usain Bolt on the Tokyo 2020 track)Download 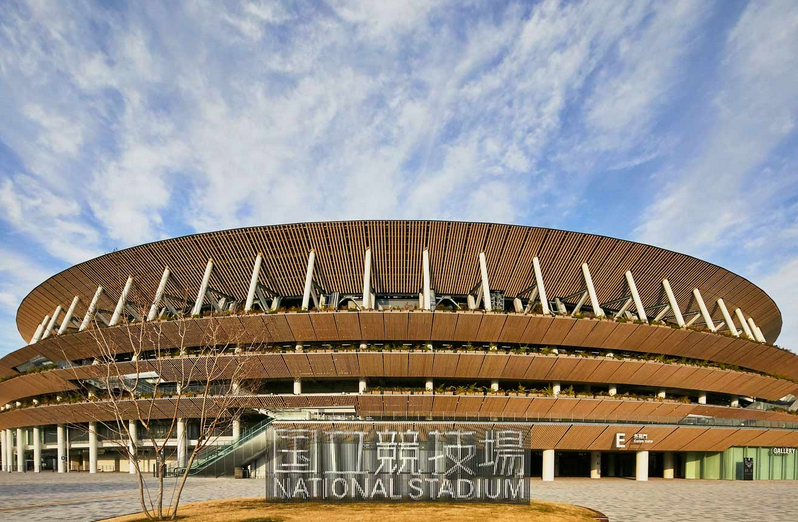 With eight months until the return of the Olympic and Paralympic Games to Tokyo, the Olympic Stadium’s completion was recognised on Sunday.

In a ceremony attended by Japanese Prime Minister Shinzo Abe, Tokyo Governor Yuriko Koike, and architect Kengo Kuma, media had the chance to walk through the venue which will undoubtedly become an icon of the Games.

Hosting the Opening and Closing ceremonies along with football and both Olympic and Paralympic Athletics, the venue will leave a lasting impression and memories on Games spectators.

“We are so looking forward to seeing athletes from all over the world marching into the new stadium at the Opening Ceremony of the Olympic Games on 24 July 2020 and the Paralympic Games on 25 August 2020, when the eyes of the world will be on this iconic symbol of the Tokyo 2020 Games,” said Tokyo 2020 CEO Toshiro Muto.

“We believe the stadium will become an irreplaceable legacy – a place that will allow people to spend healthy and fulfilling days enjoying sport for another fifty years or even longer. With this in mind, we will continue our preparations for hosting the best Games ever.”

Renowned architect Kengo Kuma, who designed the venue, wanted to have a strong emphasis on environmental awareness. With that in mind, it was crucial the stadium perfectly fit with the surrounding nature including the large green space close by known as the Outer Garden of Meiji Jingu Shrine, so Kuma envisioned this building of wood and greenery which he called a “living tree”.

The façade consists of overlapping, multi-layered eaves made of wood gathered from Japan’s 47 prefectures while more than 47,000 medium and small-sized trees were planted within the stadium’s precinct.

Within the stadium, accessible seating will be distributed on all tiers and floors of the stands which will ensure visibility and comfort for wheelchair users. Meanwhile, natural air will circulate to help discharge heat and moisture generated, which will be supported by 185 airflow-creating fans and mist-cooling systems to keep fans and athletes alike cool. 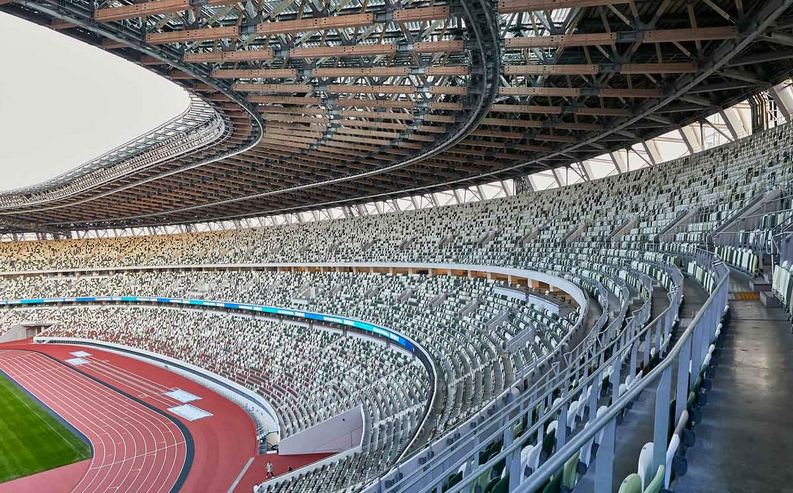