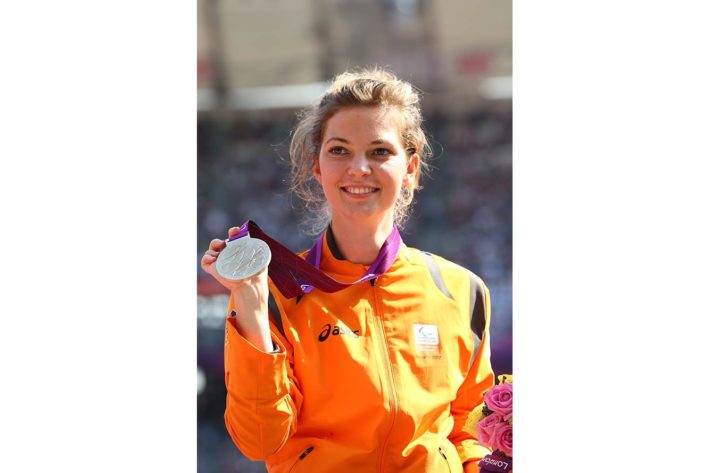 “It’s being the best you can be on track — where else do you get the chance?”

Marlou van Rhijn, the Dutch sprinter superstar, who in the same breadth of Bolt’s career, is aiming for the 100m and 200m gold medal in T43 events in her third Paralympic Games.

Her mission for Tokyo 2020 is as sharp as her blades:
“It’s just really exciting to come [to the Paralympic games] again to try to win gold again but mostly, to just perform at in a country where I think can be really inspiring to see the Paralympic Games and hopefully inspire others to pick up sports and, to run as well.”

As one of the most recognisable and most successful athletes in the world today, van Rhijn has every intention to round up her 10th year as an athlete by staying on top with a podium finish in Tokyo. But for van Rhijn, having fun is paramount to why she enduringly keeps competing.

“On the track you just come you can let it all go and you can put everything in it and just win and be faster than anyone else. It is both just being the best you can be on the track — and where else do you get the chance?”

A decade of running

t’s been almost ten years since van Rhijn first stood and competed on her blades for the first time. In the beginning of her athletic journey, she started running on prosthetic legs, but switching to carbon fibre blades gave her the speed she was looking for to propel her to athletic greatness.

“The first time I tried on blades was very surreal because I didn’t know the feeling. It’s strange because in your head, you kind of know how to run but you don’t really make speed while running and the blades give you the chance to run fast or run at a certain speed.” she recalls.

Within two years of taking up athletics, her star was on the rise – amassing medal after medal every game she competes in. In London 2012, van Rhijn won silver in 100 metres and a gold medal in the 200 metre event. In Rio, she outdid her previous performance by winning two gold medals, while also holding the world records for 100m and 200m. 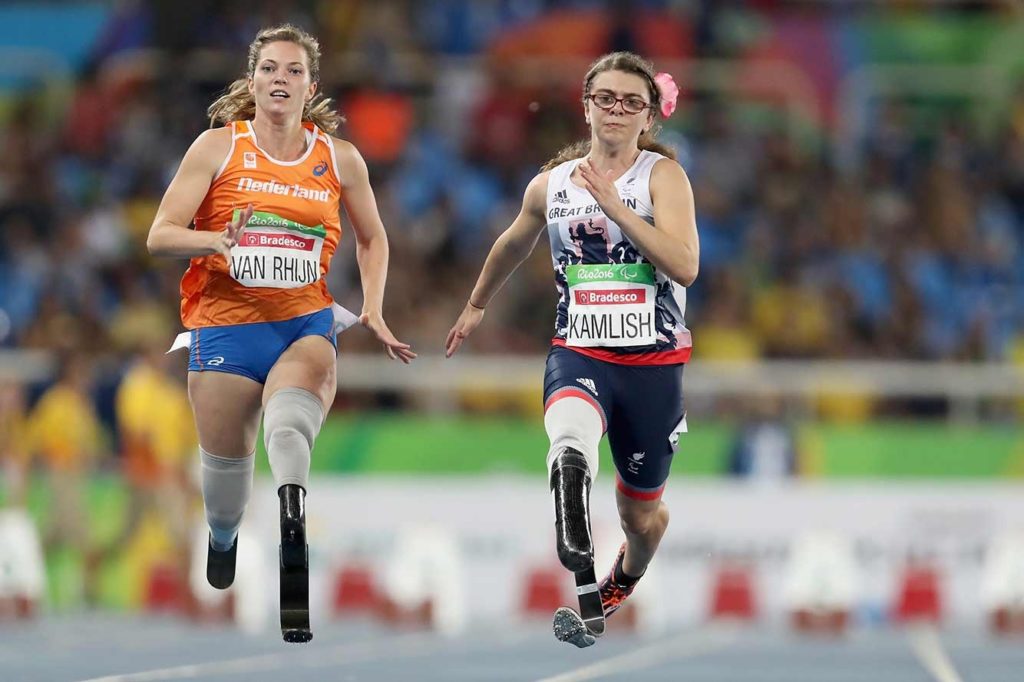 From swimming to athletics

Van Rhijn was born without her legs under her knee but that didn’t stop her from being active early on in sports. Looking back at her career, it was in swimming where she first realised how much she enjoyed winning.

But surprisingly at age 18 she decided to quit.

“I just couldn’t really find the joy anymore [in swimming]. And I think that’s t the most important thing, when you’re training so much, you need to have fun. I just didn’t really have fun anymore. I wanted to experience other things.”

But the lure of sports was something she couldn’t ignore. After a period of enjoying being a normal student, she received a call from a friend about athletics which was followed by a call from the Athletic Federation in the Netherlands.

“By that time, I was really missing sports every single day — where can you get the chance to become better at something?”

Now at the top of her game as a sprinter, she attests that it was the discipline of swimming which helped her to transition to athletics easily and quickly to becoming the fastest woman on blades.

“My body was already used to the heavy work, although it was just a different sport. Instead of swimming, it was running. My motivation then was just ‘I really enjoyed the speed, and I just enjoy running really fast’. And that has not changed.”

Van Rhijn combines her passion for athletics with Project Blade, a foundation she started a few years ago with the help of her major sponsors to help kids get access to blades to be able to play sports.

“I noticed after winning my first gold medal in London, I came home and was promoting the sport saying ‘you can do this and you can do anything you want.’ But then there were people told me that ‘we’re parents of children but he misses the leg’ and they asked me ‘Where did you get your blade?’

Through Project Blade, van Rhijn is now giving kids a chance to be able to access blades and play sports while making it a fun and enjoyable experience.

“The principle of it all was that you could just go into the store with your friends, one would pick a shoe, the other one would try on a blade, and you could walk out together, play together and then hopefully, it will be easier to get into society together because you’re not that different.” 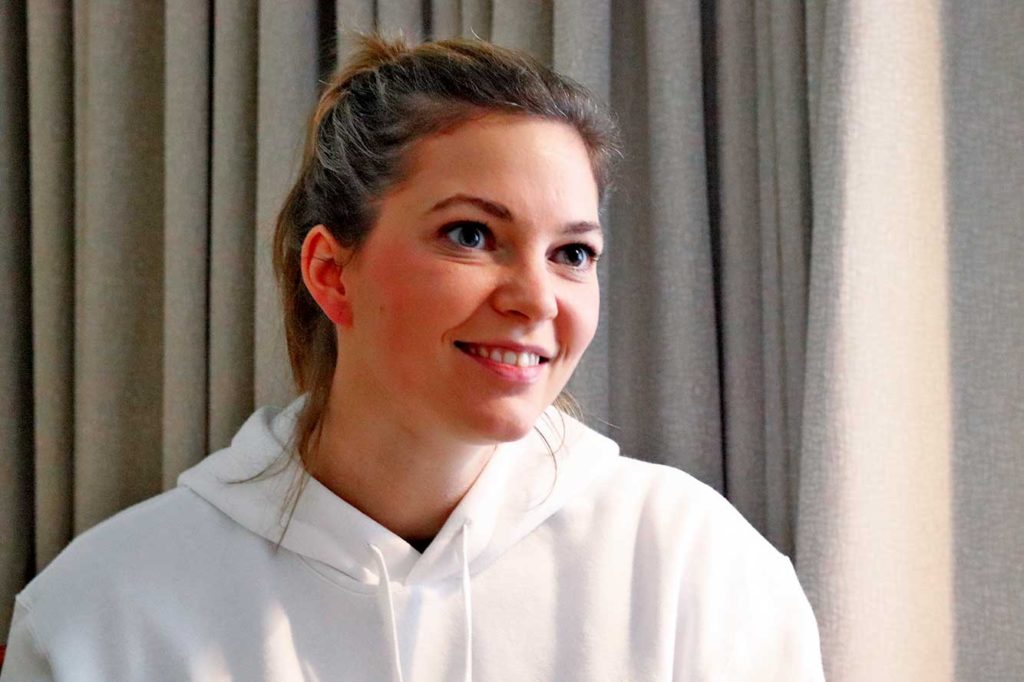 As a top athlete, van Rhijn is also one of the torchbearers for equality and inclusion in sports. In interviews, she makes it a point that journalists focus on her achievements first and foremost before asking her about her disability.

“Inclusion and equality are also extremely important to me. I never felt different. But then once I came into sports and because the Paralympics are a different event from the Olympics, all of a sudden I was treated differently.”

“And that was something I just I didn’t want the next generation to experience. I just wanted sports to be fun and easy. In every project we do, we try to incorporate inclusion because sports is such a great gateway to get into an inclusive society.”

s for the official opening of the Olympic stadium where she ran alongside Olympians and Paralympians, she says:

“I really love the idea that we’re all running together that there’s no difference if you’re running on blade, or in a wheelchair, or, or if you’re an Olympian, you’re the fastest guy in Japan or in the world. We’re all athletes, and we’re all here to support the sport and support the Games.”

And come Tokyo 2020, van Rhijn is confident about her strategy of making this Paralympic Games a third time’s a charm for her athletic career.

“What I’m really working on now is the build-up in my in my race. I’m really hoping to run faster than ever. That’s, that’s the main goal — and hopefully in Tokyo and improving speed and improving power. That’s the most fun part because that’s what I’m in control.”

With the unprecedented ticket demand for Tokyo 2020 Paralympic Games, van Rhijn is looking forward to performing for thousands of people in the Olympic stadium.

“That’s one of the things I’m most excited about now a because the stadium will be full, so I get to experience 68,000 people. To have that feeling — it really helps performing even better than you think you can. To have that for Tokyo, I’m looking so forward to the crowds and to the enthusiasm.” 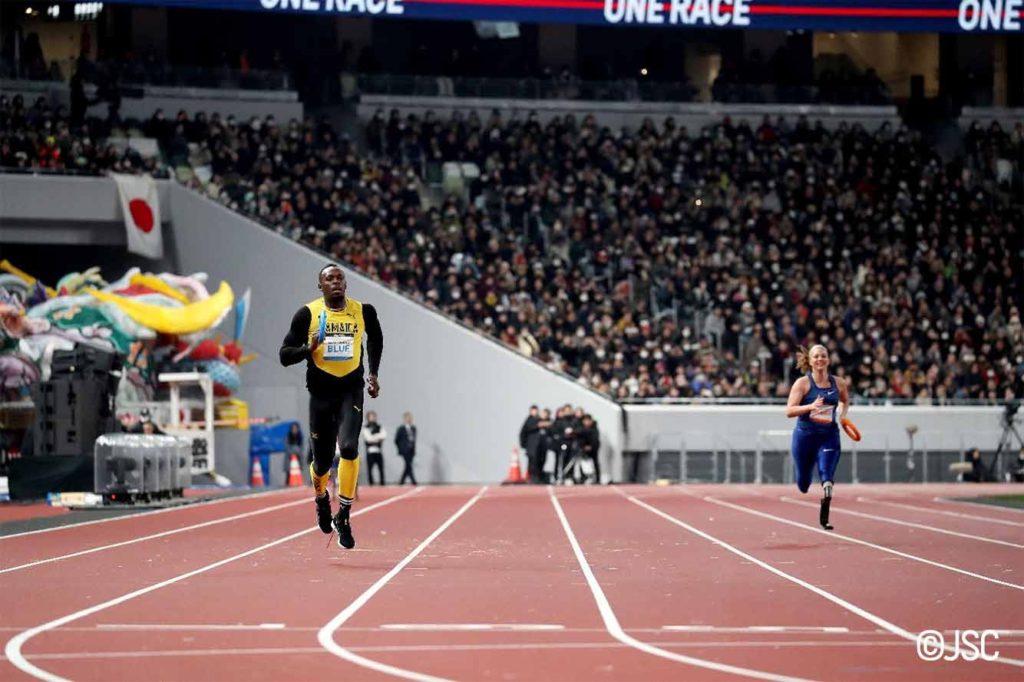