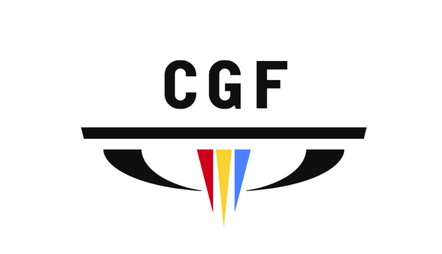 A new report evaluating the benefits and costs of hosting the Commonwealth Games, which is the largest and most detailed analysis of the event in history, has revealed that staging the competition has consistently provided an economic boost of over £1 billion for previous host cities along with an array of positive social and environmental benefits.

The Commonwealth Games Value Framework Report, which was conducted for the Commonwealth Games Federation (CGF) by leading professional services firm PricewaterhouseCoopers (PwC), is based on extensive research and data from multiple Games and highlights that since Manchester 2002*, hosting the event has boosted GDP in the host city/region by £0.8 billion – £1.2 billion**.

From a host city perspective, hosting the Games has provided the host city with a fiscal dividend from national, regional and other levels of government. In the UK, for every £1 of local government spending on total Games-related expenditure (operating and capital), the host cities attracted between £2.7 (in Manchester 2002) and £3.0 (in Glasgow 2014) from national and devolved government. In Australia, the state government has been the key funder of the Games, contributing between 75% (Melbourne 2006) and 79% (Gold Coast 2018) of total public sector Games-related expenditure.

The Commonwealth Games has generated between 13,600 and 23,000 full time equivalent (FTE) years of employment before, during and after the competition. In addition, there has been a successful volunteering legacy with the report revealing that hosting the Games has improved community cohesion. At Melbourne 2006, over 14,000 Games-volunteers were involved in the planning and hosting of the Games, of whom 50% indicated they wanted to keep volunteering.

Amongst other significant benefits of hosting the Games, the report revealed that the event has led to increases in tourism of up to 25% in the three years after hosting, as well as Commonwealth trade deals and investments of up to £400 million into the host city.

The Games also showcases the host city worldwide, with a TV audience of between 1 and 1.5 billion.

One of the most illuminating aspects of the Value Framework Model was the depth of evidence supporting the social benefit opportunities available to Host Cities.  Hosting the Games can build and ‘showcase’ the city’s economic profile; position it as a  desirable place to live, work, study;  support physical, economic and social regeneration and transformation; strengthen trade, investment and tourism links with other parts of the  Commonwealth and the rest of the world;  promote community sports participation and elite sporting success; inspire community pride and confidence; and be used to encourage communities to adopt positive behaviours.

With the CGF currently in dialogue with potential future Commonwealth Games host cities, the Commonwealth Games Value Framework Report can provide key information to help determine the value of hosting the event in what is now a difficult economic climate.

CGF CEO David Grevemberg said: “The CGF recognise, particularly in the difficult global climate we are in, that the costs of staging a major sporting event such as the Commonwealth Games is a huge commitment to those cities that have competing priorities for funding.

“Prospective candidate cities, who correctly are under increasing scrutiny from taxpayers, need to be able to justify the commitment of increasingly scarce government resources as good value for money for their city, region and country.

“That is why the Games Value Framework is so important because it clearly defines, in more detail than has ever been done before, the benefits and costs of hosting the Commonwealth Games, while articulating how these should be assessed.

“The report collates the existing evidence from recent Commonwealth Games, draws out critical success factors and guides prospective host cities on how to assess the anticipated costs and benefits of hosting the Games aligned with the Commonwealth Sport Movement’s vision to create peaceful, sustainable and prosperous communities.

“Aligned to our new Games delivery model to drive down operating costs by delivering the Games more efficiently, we feel there is now a clear blueprint outlining how our event can be used as a real catalyst for regeneration following the difficult situation we are collectively facing.”