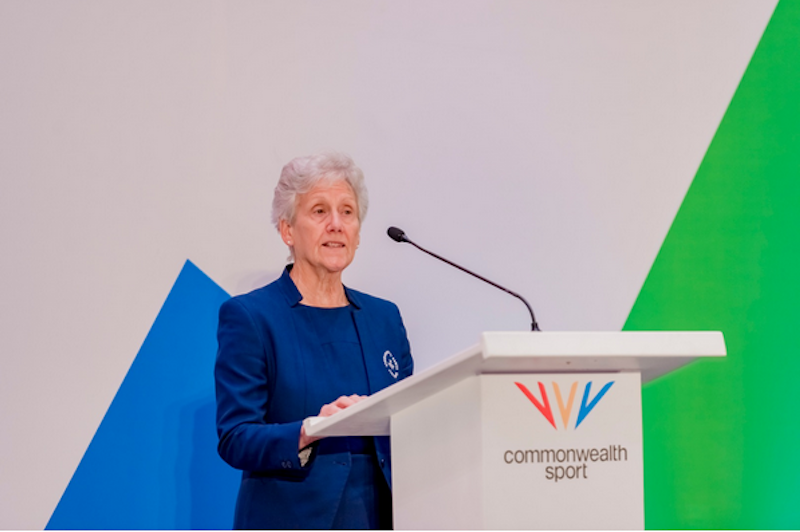 Following on from Gold Coast 2018 and the “Games of Firsts” last year, 2019 has proved to be just as busy and exciting for the Commonwealth Sport Movement.

The first part of my year involved attending our Commonwealth Games Federation (CGF) Regional Meetings to engage directly with our Associations about how we continue to progress and enhance our Movement. These began in Fiji with the Oceania region followed by Jamaica for Caribbean and Americas, the Isle of Man for Europe, Zanzibar for the Africa region and finally the Asia Meeting in Singapore. It is so important for me to hear the views of our 71-member nations and territories to ensure they are represented in the work that we do.

It was perhaps fitting that following the final Regional Meeting in Singapore, I led the CGF delegation back to Gold Coast to attend the SportAccord Summit; the biggest event on the annual calendar for International Sports Federations to gather together.

Having SportAccord in Gold Coast in 2019 highlighted the fantastic legacy Queensland had already created through hosting the Commonwealth Games.

The official Post Games Report revealed that the Games delivered an AUD$2.5 billion regional economic boost. Approximately 1.3 million people visited Queensland due to the Games, while the state has an enhanced reputation as a world-class sporting destination. This has helped it secure events like SportAccord and strengthen Queensland prospects as a contender to host the 2032 Olympic and Paralympic Games.

Over the summer, the focus of the CGF turned towards the two major events we have coming up in 2021 and 2022.

At our Executive Board meeting in June, we were delighted to award the 2021 Commonwealth Youth Games to Trinidad and Tobago following a competitive bid process that also involved Gibraltar.
With preparations now underway, I have no doubt that Trinidad and Tobago have the potential to deliver a spectacular multi-sport event that will showcase the very best of the Caribbean. The colour, flair and carnival that we can expect from these Games will provide an incredible backdrop to the world class sport we hope to witness.

The second major event is of course Birmingham 2022. Following two visits of the CGF Coordination Commission in June and December, I can say, with confidence, that the West Midlands has all the ingredients to host an exciting Commonwealth Games.

One of the highlights for me, regarding these Games, was in August when we were able to confirm women’s T20 cricket, beach volleyball and para-table tennis on the Birmingham 2022 sports programme.
With the addition of these sports and disciplines, Birmingham 2022 is set to have largest-ever female and Para-sport programme in Commonwealth Games history. Therefore, there will be more women’s medal events than men’s at the Games; a global first for a major multi-sport competition.

In September, we held our 2019 General Assembly in the inspiring country of Rwanda. The Assembly provided an opportunity for our Commonwealth nations and territories to reflect on our collective successes, while looking ahead at how to capitalise on the exciting opportunities that lie ahead.
The Assembly acclaimed the refresh of our Transformation 2022 Strategic Plan (2019-2022), the new Commonwealth Sport Brand, logo and emblem. As well as important updates on Trinidad and Tobago 2021 and Birmingham 2022.

In Rwanda, I was honoured and privileged to be re-elected as President for a second four-year term by our membership. It was a special time and I look forward to returning in June next year when the country hosts the Commonwealth Heads of Government Meeting.

Shortly after the Assembly, our CEO David Grevemberg, Communications Manager Tom Degun and I travelled to India in November predominantly to discuss the Birmingham 2022 Commonwealth Games sports programme, as well as re engaging with India. We had very positive meetings with the Indian CGA and I think we are now more united than ever before.

What I found most inspiring about that visit was seeing the successful legacy of the Delhi 2010 Commonwealth Games. We visited several Delhi 2010 venues built for the Games and were delighted to see that these spectacular, world-class facilities were full of athletes, of all ages, training under the guidance of some of the best coaches in India.

There is now free access to four major Delhi 2010 venues, which is helping boost sporting participation, while transport across the city has improved immeasurably through work undertaken for the Games. This is the real tangible legacy of the Games and with next year marking the 10-year anniversary of the Delhi 2010, we have an opportunity to tell these incredible stories.

As I look forward to the year ahead, I am hugely optimistic about our future.

Preparations for Trinidad and Tobago 2021 and Birmingham 2022 will be at a crucial stage, which will be a priority for us. We also know that the Tokyo 2020 Olympic and Paralympic Games will be an exciting event for our Commonwealth athletes who compete in these Games, so I wish all of them the best of luck as they enter the final stages of their preparations.

We know challenges remain, but I believe that together, we can overcome them as our Movement is so special. Personal connections and relationships remain at the heart and soul of everything we do. More than ever, our collective success depends heavily on individual and shared respect, openness, commitment, responsibility and, of course, mutual friendship.

The athlete voice is now being heard on issues concerning safeguarding, welfare, wellbeing, protection of human rights and the personal exploitation of intellectual property. Our Athletes’ Advisory Commission have a vital role to play in this area and I believe they will help us build an athlete-centred, sports-focused movement that is fully aligned to our values of Humanity, Equality and Destiny. It is a challenge we will embrace.

I am so proud of the Commonwealth Sport Movement and inspired by every individual working in it. I believe we can collectively deliver on our refreshed strategy so that through sport, we can build peaceful, sustainable and prosperous communities across the Commonwealth.