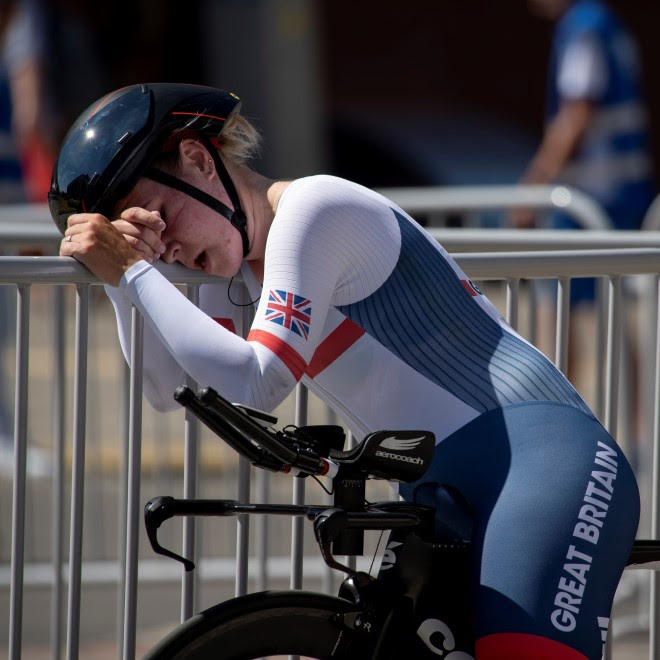 Out at the regatta course Tom Lusty powered his way into today’s men’s K1 1000m final after a gruelling day in baking temperatures out on the course. He had to navigate the heats and then put in a superb semi-final race placing third to qualify for the final.

Lusty was pleased with his day’s work and said:  “It’s my first major Games as a member of Team GB and I’m really excited to get back on the water and see what I can do against some of the best guys in Europe. It was a tough day trying to balance the two races in the heat, plus trying to back it up in the semi-final. It was about trying to conserve as much energy in the heat and get through it as best we can.”

In the women’s C2 500m Chloe Bracewell and Katie Reid had to contend with a delay and a lane change in their semi-final and dealt with it superbly to place second and reach Thursday’s final. Like Lusty, the pair had to get through an earlier heat and did well to perform so well in hot conditions.

Elsewhere, Corey Walkes put in a excellent senior debut performance in the individual trampoline competition at Minsk Arena. Corey delivered two excellent qualifying routines to finish in 10th place with a score of 107.050 sadly just missing out on a final place.

Over at the badminton, it was another clean sweep for Team GB with all players winning their second matches in the group stage.

There were mixed emotions in archery as teammates Sarah Bettles and Bryony Pitman came up against each other in the last eight after Pitman defeated Ardita Zejnullahu from Kosovo (6-0). Despite Pitman taking a 4-0 lead, Bettles battled back and eventually ran out a 6-4 winner.

Kristian Callaghan and Sam Gowin were underway in the men’s 25m rapid fire pistol competition at the Sporting Club Shooting Centre, with Callaghan ranked 15th and Gowin 20th in a 22-strong field.