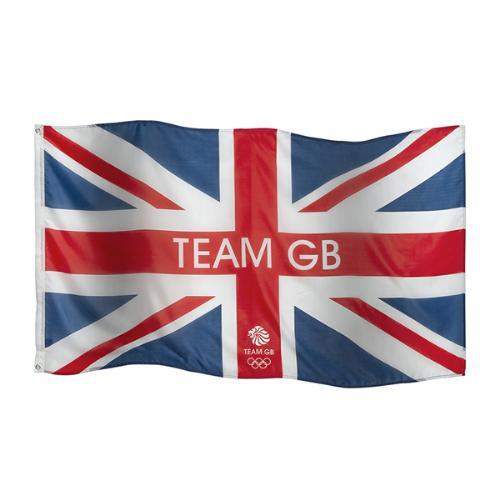 Team GB’s Olympic heroes have been recognised in the 2022 New Year Honours List after they lit up the summer of 2021 with a host of stellar performances in Tokyo.

They are joined by the CEO of the British Olympic Association, Andy Anson, after he led the organisation through the Covid-19 pandemic and on to its success in Tokyo, as well as a number of sports’ performance staff.

Success across the sporting network was also recognised as ParalympicsGB’s incredible performance in Tokyo was celebrated with both British Paralympic Association Chair, Nick Webborn (CBE), and CEO, Mike Sharrock (OBE) among those to be recognised.

On the track in Tokyo, cycling’s golden couple, Jason and Laura Kenny, are both recognised for their services to cycling with a knighthood and damehood respectively, following their history-making performances in Tokyo.

Laura Kenny added to her four gold medals from London 2012 and Rio 2016 with an imperious performance alongside Katie Archibald to secure her first Olympic gold in the Madison.

An incredible opportunist break by Jason Kenny saw him defend his Keirin title in Tokyo and move ahead as Team GB’s most successful ever Olympian with seven gold medals and nine overall.

There are OBEs for four of Team GB’s greatest ever Olympians, as Tom Daley (services to diving, to LGBTQ+ rights and charity), Hannah Mills (services to sailing and the environment), Adam Peaty (services to swimming) and Max Whitlock (services to gymnastics) are all recognised.

Daley finally secured the gold medal he and the nation as a whole so desperately craved, as he and Matty Lee (MBE) topped the judge’s scoring charts in the 10m synchro.

Mills became the most successful female sailor in Olympic history as she and Eilidh McIntyre (MBE) won gold in the 470 class in Enoshima, whilst Peaty became the first British swimmer to successfully defend their title and once again won Team GB’s first gold in Tokyo as he did in Rio five years previously.

Team GB’s most decorated gymnast, Max Whitlock, pulled off a sensational routine as he started the men’s pommel final, laying down the gauntlet to which none of his rivals could come close.

Off the field of play, the BOA’s Anson is awarded an OBE for services to sport with specific reference for his key role in navigating the BOA through the aftermath of the first postponement of an Olympic Games since World War Two due to the Covid-19 pandemic.

His work at the BOA follows a number of high profile, key roles held in sport, including as Commercial Director at Manchester United and CEO at the Association of Tennis Professionals.

British Swimming Performance Director, Chris Spice, is awarded an OBE for his orchestration of Team GB’s best ever medal tally at a Games as they secured eight medals, including four golds, to dominate in the pool.

Stephen Park, Performance Director at British Cycling, oversaw yet another chapter of Olympic cycling success for Team GB with 12 medals (six gold) and is awarded a CBE. So too is Rob McCracken, GB Boxing Performance Director who masterminded Team GB’s greatest ever boxing showing with six medals, two of them gold.

Team GB’s BMX riders led the way amongst the cyclists and Beth Shriever and Charlotte Worthington are two of 27 athletes to be recognised with an MBE following their gold medal winning exploits. Tom Pidcock won gold in cross country mountain biking and Matt Walls in the Omnium and both are awarded for services to cycling.

There are MBEs for Team GB’s record-breaking swimmers as Tom Dean is recognised for his individual success in the 200m freestyle and also for his part played in men’s 4x200m freestyle alongside James Guy, Calum Jarvis, Matt Richards and Duncan Scott. Guy enjoyed further success with Freya Anderson, Kathleen Dawson, Anna Hopkin (and Peaty) and are all recognised for their part played in the Mixed 4x100m.

Lauren Price and Galal Yafai spearheaded Team GB boxing’s most successful medal return at a Games with six medals. Price was undoubtedly a firm favourite coming into the Games and she didn’t disappoint, whilst Yafai lit up the flyweight competition finishing with a classy performance against Filipino boxer, Carlo Paalam.

Jonny Brownlee is awarded an MBE alongside teammates, Jess Learmonth, Georgia Taylor-Brown and Alex Yee, as they swept to victory in the captivating triathlon mixed team relay.

Team GB’s eventers carried on Britain’s proud equestrian success at Olympic Games as Laura Collett, Tom McEwen and Oliver Townend comfortably held off Australia and France to win gold in the Team Eventing. Joe Choong and Kate French delivered remarkable performances in their individual modern pentathlon disciplines to provide gold in both the men’s and women’s events. Finally, Stu Bithell and Dylan Fletcher-Scott teamed up to win gold in the 49er class and both are recognised for their services to sailing.

In addition to this, Team Leader for sailing, Mark Robinson, is awarded an MBE as his sailors ruled the Japanese waves, winning five medals. Jabeena Maslin (services to Modern Pentathlon), is recognised for her role in the success the sport enjoyed in Tokyo following Choong and French’s gold medal wins.

“It feels like these honours and the recognition for the efforts and success of Team GB’s athletes at Tokyo 2020 are doubly special following another disrupted year due to Covid-19. Despite the Games being postponed for a year, our athletes never faltered, they remained positive and continued to train in the most trying of circumstances. They have been brilliant and dedicated ambassadors to their sports and to Team GB.

“We are incredibly proud of each and every athlete’s performance in Japan and it has been truly inspiring to see what it meant for each of them to compete and succeed in Tokyo, not only for themselves but their teammates, families and importantly the millions at home that cheered them on at all times of day and night.

“The awards for Andy and the performance staff are also great recognition for the commitment and dedication of the British Olympic Association staff and volunteers who delivered a fantastic environment for the athletes to go and perform in in Tokyo.

“Finally, everyone at the BOA would also like to congratulate the athletes and staff of ParalympicsGB, in particular those recognised in the Honours List. We enjoy a very close working relationship and their success in Tokyo is testament to their tireless efforts and to an incredible group of athletes.”

Speaking after the announcement of his OBE, Anson said: “I am very fortunate to lead such a skilled and professional organisation, and to be part of the broader UK sporting network which has delivered sustained Olympic success.

“As one of a fortunate few that was able to attend this year’s Olympic Games, I can pay testament to the fact that Tokyo, despite all the challenges it faced, still delivered one of the great Olympic Games.

“Finally, I would like to congratulate the fantastic Olympians who have received a New Year’s Honour – you made the nation proud in Tokyo, and are incredibly deserving of your award.”

Tom Daley, services to diving, to LGBTQ+ rights and charity

Hannah Mills, services to sailing and the environment