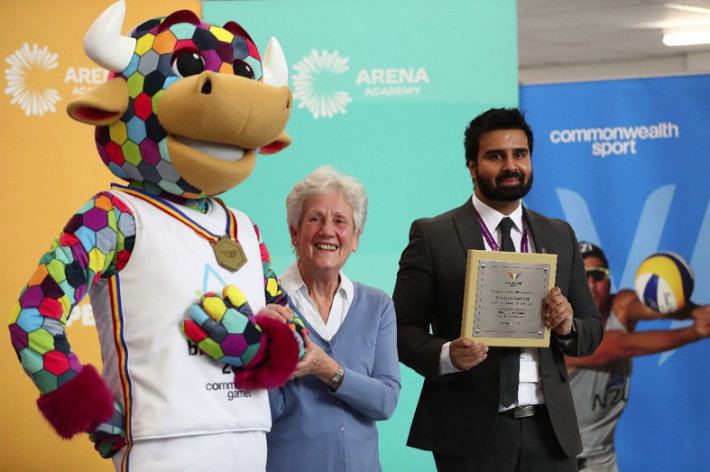 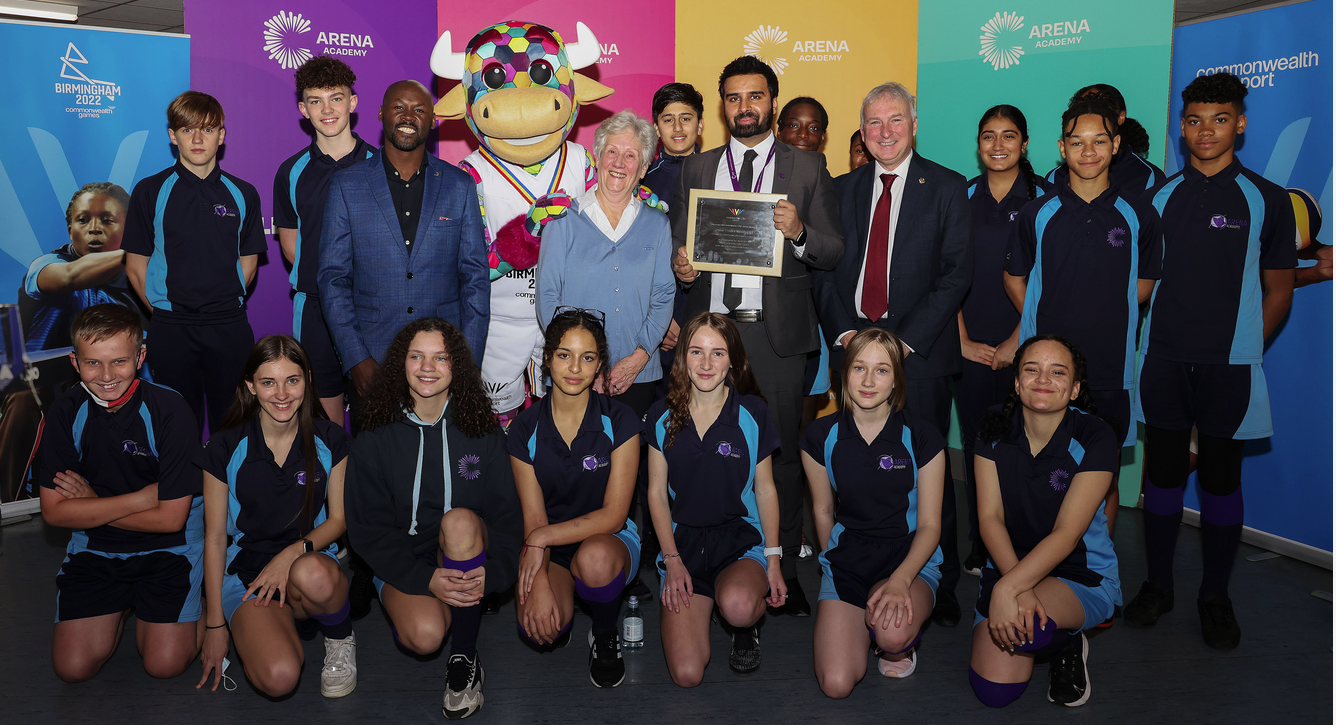 The Commonwealth Games Federation (CGF) have celebrated the four-year anniversary awarding the 2022 Commonwealth Games to Birmingham with a return to Arena Academy, the school in the West Midlands where the host city was announced.

On 21 December 2017, CGF President Dame Louise Martin DBE paid a special visit to Arena Academy, a CORE Education Trust school, where she formally declared Birmingham as the host city of the 2022 Games.

Four years on from the announcement, Dame Louise returned to the school to celebrate the milestone and to commemorate the occasion, she gifted a special commemorative plaque to Arena Academy Headteacher Raj Mann, which has now been placed permanently at the school.

CGF President Dame Louise Martin said: “It is amazing to return to Arena Academy and to the exact place where we awarded the 2022 Commonwealth Games to Birmingham four years ago.

Birmingham 2022 is already having a huge impact on the young people of the West Midlands and it is clear to see from the students at Arena Academy that they cannot wait for the Commonwealth’s best athletes to compete at the Games next year.

Arena Academy will forever hold a special place in the story of Birmingham 2022 and the school serves as a symbolic reminder that our top priority is to use the Games to create a positive legacy for the young people of the city, the country and the Commonwealth.”

Arena Academy Headteacher Raj Mann said: “Four years ago, we were proud to welcome guests from the Commonwealth Games Federation to announce the exciting news that Birmingham would host the Games in 2022.

“This is an amazing opportunity for the city and for all of us who live here to have a global sporting event on our doorstep. And as the start date gets closer, anticipation is building here at Arena Academy, where many students have signed up for our own CORE Games – living the legacy of the Games by getting active, trying new sports and enjoying the thrill of representing their school.”

Cllr Ian Ward, Leader of Birmingham City Council, said: “It only seems like yesterday that we were stood in the school assembly at Arena Academy in 2017 when Birmingham was named as the Proud Host City for the 2022 Commonwealth Games.

“We’ve come so far with our planning and preparations for the biggest event that will have ever been staged in the city, but we will never forget the momentous role the school had to play in that journey.

“The Games are about more than just 11 days of sport and the students of Arena Academy are amongst those who stand to benefit most from the legacy of the event. You only need to step outside the school grounds to see the £700million plus investment into new homes, transport and leisure facilities in Perry Barr that the Games have been a catalyst for in their neighbourhood.” 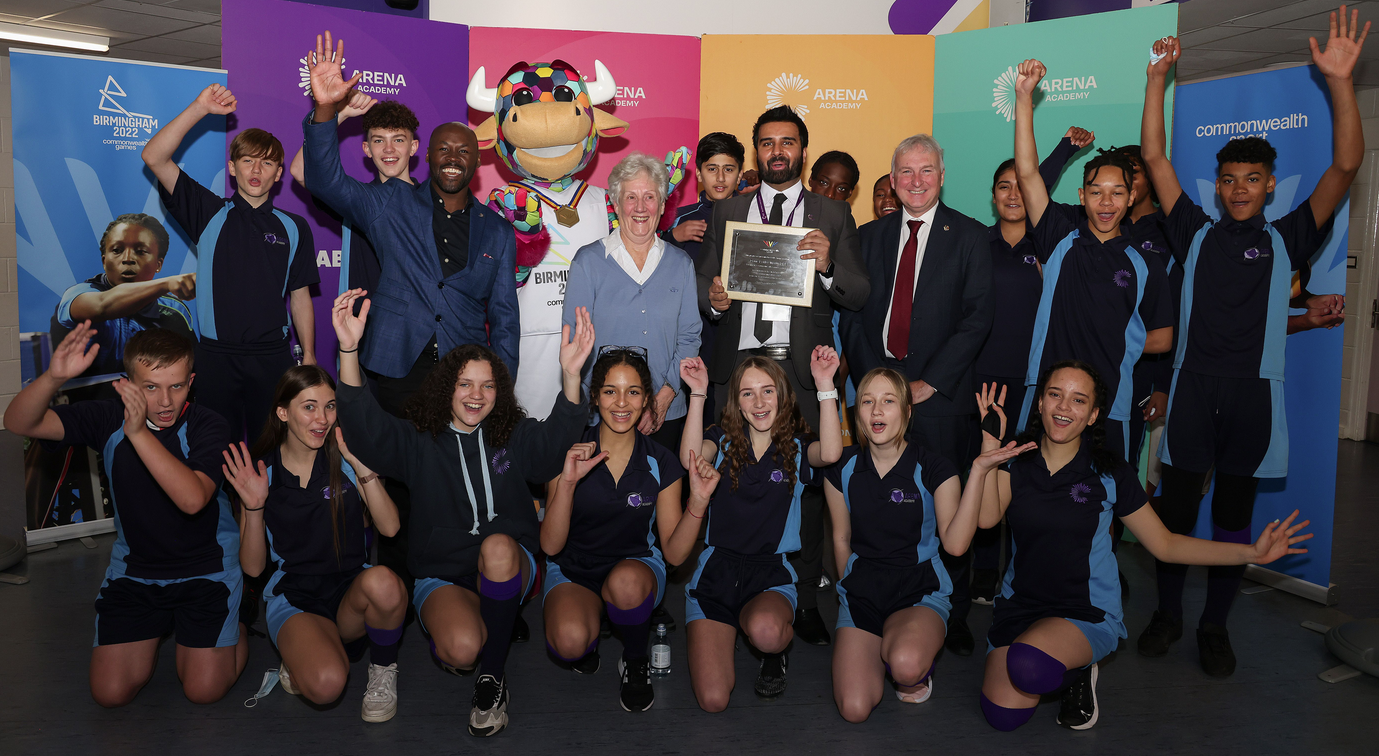 Birmingham 2022 Head of Youth Programmes & Policy Alton Brown said: “It was fantastic to visit Arena Academy as the school has such a special connection to the Birmingham 2022 Commonwealth Games.

We are planning to officially launch our learning programme in the New Year, and we are looking forward to continuing to engage with children and young people aged from five to 25.

As part of the programme, schools from across the West Midlands region will be able to follow Arena Academy’s wonderful example of how to embrace the Games and to ensure a positive impact on their pupils.”