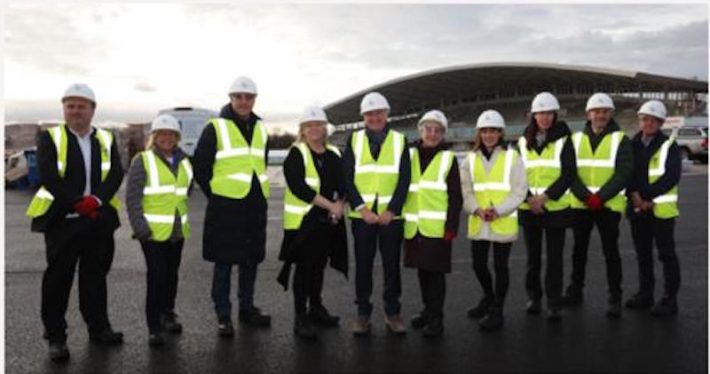 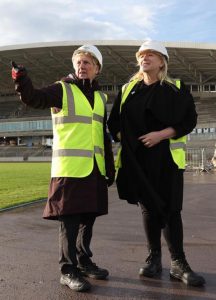 The Coordination Commission (CoCom) is responsible for delivery oversight of the Commonwealth Games and tasked with monitoring the Games to ensure it is delivered to scope, schedule and budget.

The CoCom delegation in the West Midlands visited a number of key Birmingham 2022 venues during the inspection, including Alexander Stadium and Sandwell Aquatics Centre, and were hugely impressed by progress.

CGF President Dame Louise Martin led the plaudits and has predicted a spectacular 2022 Commonwealth Games, although she urged the Organising Committee and Partners to continue their hard work over the final eight months of preparations for the multi-sport competition.

Commonwealth Games Federation President Dame Louise Martin DBE said: “It has been a pleasure to be in Birmingham and the West Midlands this week to see the impressive progress that the Organising Committee and Partnership are continuing to make.

Clearly a number of circumstances have made organising a major multi-sport event in 2022 quite challenging. However, Birmingham 2022 have risen to every obstacle that has been forced upon them.

As we approach the final eight months to the Opening Ceremony, everyone involved must maintain their focus and commitment as we enter the home straight.

From everything we have seen and heard from Birmingham 2022, we have no doubt that we will see an amazing Games next summer for the city, the country and the Commonwealth.”

CGF CoCom Bruce Robertson said: “The CGF Coordination Commission is impressed by the level of detail we have heard from the Birmingham 2022 Partnership across a very busy agenda.

The Organising Committee has done an excellent job of bringing in key individuals with deep previous Games experience.  This has led not just to efficiencies in planning and delivery, but perspectives that have been critical to the successful management of the unique realities of the past few years.

With the London 2012 Olympics and the Glasgow 2014 Commonwealth Games, the UK is blessed with a generation of truly world-leading expertise across all Games functions.

From a community perspective, I have been particularly pleased to hear of the growing interest and excitement in the Games which is clearly illustrated by the very impressive ticket sales and the number of volunteer applications.

There are always challenges in the final stages of delivering a major event and Birmingham 2022 will be no different but we are confident this will be a phenomenal edition of the Games and will showcase the very best of Commonwealth Sport across the region and around the globe.”

Birmingham 2022 CEO Ian Reid said: “We are exactly where we need to be with our preparations for the Birmingham 2022 Commonwealth Games and we’re really pleased that the CGF Coordination Commission members have recognised that following their visit this week.

“We can’t wait for 2022 to begin and with 40,000 volunteer applications and one million tickets sold this year, it is obvious that people share our excitement for the Games.”

This CoCom followed a hybrid in-person, virtual model, in what was the seventh CGF CoCom review of Birmingham 2022, and the penultimate visit to the region.

The eighth and final CGF CoCom visit for Birmingham 2022 is scheduled to take place in June 2022.