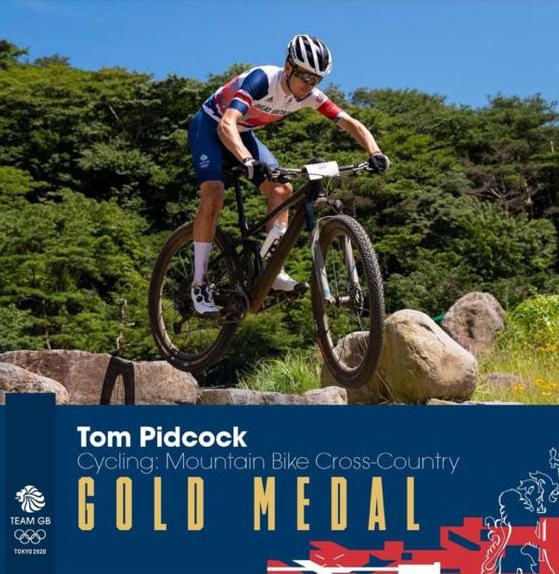 The 21-year-old overtook eight-time world champion Nino Schurter and Mathias Fluckinger on the third lap and never looked like letting go of gold, prevailing by 20 seconds in a time of 1:25:14.

The Yorkshireman sealed qualification for the Games with a record-breaking World Cup win in Nove Mesto, Czech Republic by a whole minute.

“It’s nothing like any other race. The Olympics just transcends any sport. You compete and represent your country and everyone in your country is behind you, no matter in what sports they like. It’s just national pride, it’s unbelievable,” said Pidcock.

“It’s been a such a hard time coming here from crashing and breaking my collarbone [in May] and that’s just unbelievable.

“I’m always better when I take control myself. I take my own lines, my own speed. Once we started I was fine, all the nerves kind of went and I concentrated on the race. I’m happy this [the Olympic Games] is only every four years because it’s stressful.

“I know that my mum and girlfriend are crying at home. It’s sad that they can’t be here but I see them when I get home.”