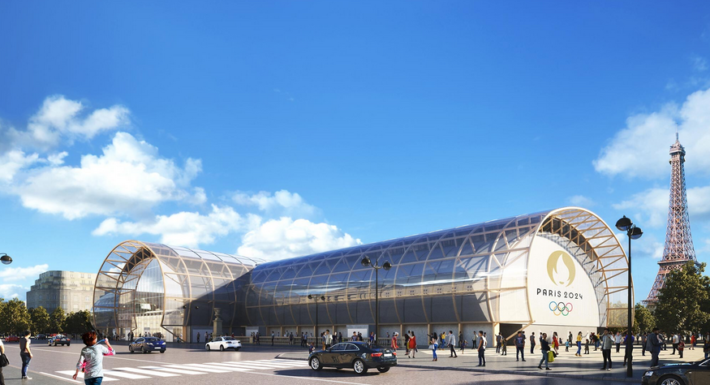 Speaking after these meetings, the IOC’s Coordination Commission Chair, Pierre-Olivier Beckers-Vieujant, said: “As the Tokyo 2020 Games approach, it’s clear Paris 2024 is ready and excited to take on the great responsibility of receiving the Olympic flag from Tokyo 2020. Its anticipation is underlined by the great progress being made, despite an incredibly challenging period for society.”

He continued: “Paris 2024 used today’s meeting to reinforce its ambition to optimise the Games through its Event Delivery approach. The Organising Committee’s innovation, flexibility and creativity continues to bring the recommendations outlined in Olympic Agenda 2020+5 and the New Norm to life, setting a precedent for a new era of Games, fit for a post-corona world. This was highlighted again today through its commitment to hosting the first climate-positive Games, as well as the success of recent engagement activations, such as the Olympic and Paralympic Week programme.”

Tony Estanguet, President of the Paris 2024 Organising Committee, added: “Despite the unprecedented global context, we are pursuing our ambition together with the IOC and International Paralympic Committee (IPC), and we are ready to take the baton at the end of the Tokyo 2020 Games. All the event planning indicators are green. We will now be able to roll out our programmes to engage with and make all French people proud, in particular the Paris 2024 Club, the Terre de Jeux 2024 label and the Cultural Olympiad, which will be launched in the autumn. The coming months will also see us finalise the concepts for our Ceremonies, Torch Relay and Volunteer programmes.”

Paris 2024 used today’s meeting to provide an update on its plans to organise the world’s first Olympic and Paralympic Games that contribute positively to the climate. With aims to reduce its CO2 emissions in line with the Paris Agreement on Climate Change, the team in Paris explained how they would reduce the Games’ carbon emissions by 50 per cent compared to previous editions, offset more than their residual emissions, and use their influence to develop long-term carbon compensation projects.

The Organising Committee explained that a major step towards reaching these goals has been the optimisation of its Games delivery approach, making use of existing and temporary facilities, many of which utilise iconic locations across the city and beyond.

One of these, the Grand Palais Ephémère, which will be called Arena Champs de Mars during the Games, will be officially opened on 12 June. This venue will host judo and wrestling during the Olympic Games, in addition to para-judo and wheelchair rugby during the Paralympic Games. Elsewhere, work on the Olympic and Paralympic Village and the Aquatics Centre continues to progress.

A site that is already fully operational is Paris 2024’s new, highly sustainable headquarters – “Pulse” – situated in the Seine Saint Denis district. Open since January to the Organising Committee’s staff, now approaching 500 personnel, it serves as the basis for operations.

As the team continues to grow ahead of the Games, the Coordination Commission used today’s meetings to praise Paris 2024 for maintaining parity throughout its organisation. With the organisation equally balanced in terms of male and female employees, including amongst the senior leadership, the structure aligns with the fact that the Olympic Games in 2024 will be the first to be completely gender balanced from a sports perspective.

Recent engagement strategies were another important topic discussed. One of the highlights was February’s Olympic and Paralympic Week programme, which reached more than half a million schoolchildren in a campaign aimed at introducing 30 minutes of daily physical activity into French schools. Other flagship initiatives showcased included Club Paris 2024, which now has over 100,000 members, and Terre de Jeux 2024, which incorporates over 1,900 community projects within reach of more than 26 million people across the country.

While it is intended these projects will leave a lasting legacy, Paris 2024 detailed the progress being made in respect of its endowment fund. During the first phase of applications, 55 successful projects were funded. In addition, more than 1,000 projects were registered for the Impact 2024 programme, with the second phase of applications now open – offering over EUR 5 million of funding for projects that use sport as a tool for social impact.

The progress being made by Paris 2024’s commercial team was also shared. With eight partnerships agreed to date and four more expected to be finalised shortly, the Coordination Commission heard that they are expected to achieve two-thirds of their revenue target by the end of 2021.