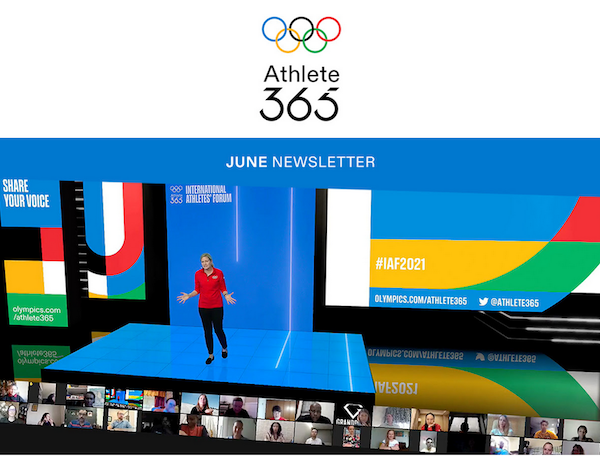 I am delighted to announce that the full list of athletes vying to be elected to the IOC Athlete’s Commission (AC) during Tokyo 2020 has now approved by the IOC Executive Board. Nominated by their respective National Olympic Committees (NOCs) together with their Athletes’ Commission, the candidates originate from 30 countries and 19 summer sports and will be competing for your all-important votes during next year’s Games in Tokyo.

It is great to see such a fantastic response from the global athlete community with the interest we have received in this election.

We have had a ground-breaking year on the Commission, with the athletes’ voice consistently at the centre of the Olympic Movement decision-making, and record participation at the 2019 International Athletes’ Forum with athlete representatives from NOCs attending for the first time. It’s inspiring that so many athletes want to build on this great work and make a difference to athletes’ lives by joining the Commission themselves.

I am impressed by the diverse representation of sports and countries, and it demonstrates how much athletes care, want to share their voice and play a central role in the Olympic Movement. It is exciting to have such a high calibre of candidates.

When, where and how you can vote

My eight-year term finishes at the end of the Games in Tokyo, along with Danka Bartekova, Tony Estanguet and James Tomkins, and these are the four available positions within the IOC AC that the athletes will be contending for. In addition, Stefan Holm, an appointed member of the Commission, will also conclude his mandate next year.

Those of you competing at Tokyo 2020 will be able to vote for your representatives from 14 July (the day of the opening of the Olympic Village) to 4 August 2020. The main voting station will be at our Athlete365 Space, positioned at the entrance to the dining hall in the Olympic Village, but there will also be voting stations at other sites such as the football cities and sailing venue.

The vote will be supervised and certified by an Election Committee appointed by IOC President Thomas Bach, whose members are: Nicole Hoevertsz (Chair) as representative of the IOC Legal Affairs Commission; Paquerette Girard Zappelli as IOC Chief Ethics and Compliance Officer; and Kikkan Randall as the representative of the IOC Athletes’ Commission.

The IOC AC is composed of a maximum of 23 members. Twelve members are directly elected their peers, and there are a maximum of 11 appointed members to ensure good balance between regions, gender and sport. Chair and Vice-Chair of the Commission are elected by the Commission and must be from among elected members of the Commission. There is a vote at every Olympic Games, with four members elected at each Summer Games, and two at each Winter Games.

Up to 15 members of our Commission are also IOC Members, providing us with the same representation within the IOC membership as the NOCs and International Federations. As IOC AC Chair, I am also a member of the IOC Executive Board to ensure that we are part of the decision-making process at the highest levels within the Olympic Movement, which is one of the main responsibilities of our Commission – together with supporting your development during your sporting and non-sporting careers.

Looking ahead, I can’t wait to see the enthusiasm, ideas and ambition that our new members will bring to the Commission next year, and I wish all the candidates the very best of luck!

In the Olympic spirit,