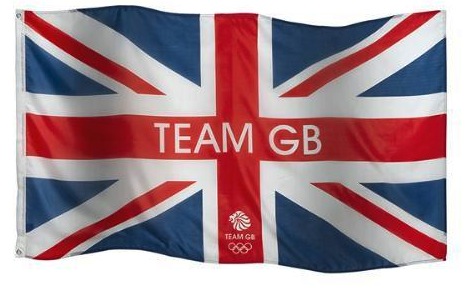 The British Olympic Association has named the men’s artistic team set to represent Team GB at the Tokyo 2020 Olympic Games in 2021.

Whitlock made history at the Games in Rio, becoming the first British gymnast to become an Olympic Champion when he won gold on the floor. He sensationally followed that up just an hour later, winning gold on pommel horse to cement his place in the history books. He’s also a three-time World Champion on the pommel and will be hoping to add to his growing list of major championship medals in Tokyo.

He’s joined by three gymnasts making their Olympic debuts, one of which is World Champion Joe Fraser. An excellent all-around gymnast having secured a top 10 finish at the last World Championships across the apparatus, it was at that very event he made history of his own. A brilliant routine in the parallel bars final secured gold – the first British gymnast to win a world medal on that piece let alone be crowned champion of Europe.

Hall has been ever present in Britain’s teams for several years, and despite Tokyo being his first taste of the Olympics, he has a wealth of experience competing against the best. He’s medalled at the Commonwealth Games for Team England, as well as being a two-time European medallist. He also finished in 8th place in the all-around final at the 2018 World Championships.

Regini-Moran was a force as a junior gymnast winning Youth Olympic Games and Junior European Championship titles. Due to injury, he had two years out from the sport, but has fought back to return to the world stage. He’s gone from strength-to-strength since returning and was selected for the 2019 World Championships, his first senior major competition. Earlier this year, he claimed his first major championship medal, winning bronze in the vault final at the 2021 European Championships.

Mark England, Team GB Chef de Mission, said: “It is fantastic to welcome back to Team GB double Olympic Champion Max alongside three Olympic debutants, Giarnni, Joe and James for the Tokyo 2020 Games. Team GB has proven itself as a serious medal contender in men’s gymnastics over the past decade and I have no doubt the four athletes selected today will be up there challenging for the medals in Tokyo come July.”

James Thomas, British Gymnastics Performance Director, “We’re delighted to be announcing our men’s team for Tokyo 2020, a team made up of truly outstanding world class gymnasts. For Joe, Giarrni and James this is their first Olympic call up and a very special moment for them all, a testament to their talent, hard work and dedication to the sport they love. Max has made history time and time again for Great Britain and competes in his third games as a true icon of gymnastics. All the gymnasts have been fantastically supported by their coaches, clubs and wider support networks and this truly is a team for the nation to be proud of.”

Max Whitlock MBE: ““To think this will be my third Olympic Games is very surreal. We have a great team and I’m really looking forward to going to Tokyo, one of my favourite destinations with them. Sport is something that is so powerful when it comes to bringing people together, creating conversation and bringing out people’s passions so I’m hoping this will be an event to do just that, in a time where I believe we have never wanted that more. I’m always honoured to be picked to represent Team GB and hopefully we can go out there and do an amazing job”

Joe Fraser: “I’m very excited to be selected for my first Olympic Games. I’ve been training since I was five years old for this opportunity and now I just can’t wait to get out there and compete with teammates I’ve know my whole life and show the world what we can do. It’s been a bit of an emotional rollercoaster to get to this point and I’m excited to now get our final training in and travel to Tokyo the best prepared we’ve ever been.”

Giarnni Regini-Moran: “It’s an absolute dream come to true to be selected for the Olympic Games, something you work so hard for, it’s the pinnacle of any athletes sporting career. For me I think it means even more after injury in 2016, all that hard work, grit and determination that goes on into coming back and now to have that rewarded with the biggest sporting event on the planet is a dream. Competing for Team GB is very special, you watch the Games on the TV and aspire to be like them. The journey I’ve been on since just before Rio with an amazing support team behind me has been special, I’m so excited and can’t wait to wear that flag on my chest and do everyone proud.”

James Hall: “It honestly means the absolute world to be selected for my first Games, literally 19 years of hard work, at times with not much self-belief and questioning if it’s for me, but after a lot of support and people encouraging and believing in me, it’s all paid off. For any athlete it’s the pinnacle of their career, I really can’t wait. My main emotion is pride, to compete with my best friends, guys that have been through the same journey as me and to represent the country on the biggest sporting event on the planet, it’s an incredible achievement in my eyes and I can’t wait to do our country proud.”

The Team GB women’s artistic gymnasts and the trampoline gymnasts are due to be announced at the beginning of June, with a date to be con