Tokyo 2020 today revealed the official Games Motto, “United by Emotion”. The Motto emphasises the power of sport to bring together people from diverse backgrounds to connect and celebrate in a way that reaches beyond their differences.

The Games Motto encapsulates the Games vision capturing the essence of the ideas and concepts that the host city wishes to share with the world. “United by Emotion” expresses the hope that as spectators, volunteers, and athletes from over 200 National Olympic Committees and the Refugee Olympic Team gathering in Tokyo this summer, as well as the billions watching on television and online across the globe, will come together and understand that there is more that unites than divides them.

The Games Motto will be displayed – in English only – in a variety of environments and applications, such as at competition venues, on city street decorations and on licensed goods.

The story of the Tokyo 2020 Games Motto

This Motto summarises the ideas and concepts that the host city of Tokyo wishes to share with the world.

While reflecting the essential values of the Olympic and Paralympic Games, the Motto incorporates a specific and timely message embracing diversity, reflecting the 2020 zeitgeist in the urban environment of Tokyo. 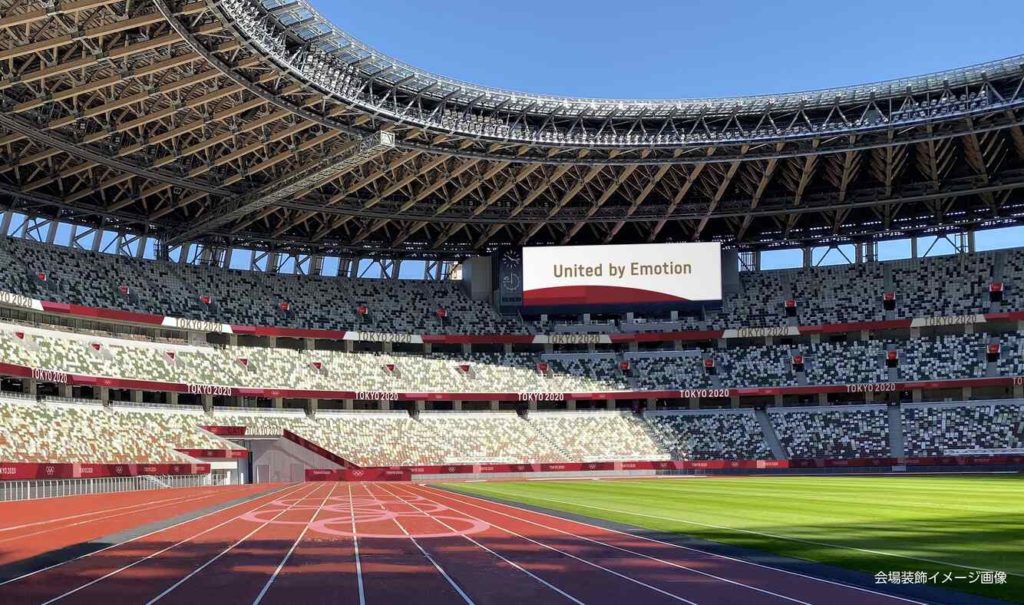 The Games Motto will be displayed – in English only – in a variety of environments and applications, such as at competition venues, on city street decorations and on licensed goods.

The Games will bring together athletes from more than 200 National Olympic Committees and the Refugee Olympic Team, as well as millions of spectators and media representatives.

In this age where we so often connect with others without physically meeting, the Tokyo 2020 Games will inspire countless new face-to-face encounters among those participating in and watching events. The Games will provide a time and a place where an astounding variety of people – different nationalities, ethnicities, races, genders, cultures, as well as those with and without impairments – can meet and get to know each other and look beyond their differences.

Sport gives people the opportunity to experience a variety of emotions and passions, and the Tokyo 2020 Games will allow people to witness the courage and competitive spirit of the athletes and voice their support.

This is precisely the power of sport – its ability to connect people through their emotions and it’s what Tokyo 2020 intends to depict with the Motto.

The Games will soon be upon us and to celebrate the creation of the Tokyo 2020 Games Motto, a laser mapping display will be projected onto the iconic TOKYO SKYTREE from Monday 17 February to Wednesday 25 March.