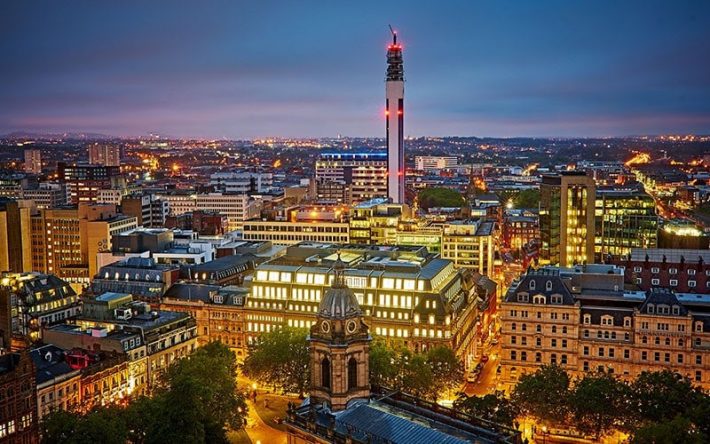 The Coordination Commission (CoCom) is responsible for delivery oversight of the Commonwealth Games and is tasked with monitoring Games delivery to scope, schedule and budget.

The visit to the West Midlands will take place from 3-5 December with CGF Vice President Bruce Robertson having been appointed as the new CoCom Chair, replacing fellow Vice President Chris Jenkins in the role.

The move comes as previous chair, Jenkins, will now be taking on responsibility for the CGF Development Programme. This includes leading on work, on behalf of the newly elected CGF Executive Board, for the development of the Commonwealth Sports Foundation. Jenkins will also attend CoCom meetings as an observer.

Robertson, a former swimmer who won six Commonwealth Games medals and two Olympic medals for Canada, has previously served as CGF CoCom Chair for Melbourne 2006, Glasgow 2014 and Gold Coast 2018 while he will remain the CGF representative on the Birmingham 2022 Legacy and Benefits Committee.

The other members of the four-person CoCom are Association of Summer Olympic International Federations (ASOIF) Executive Director Andrew Ryan, CGF Chief Operating Officer Darren Hall and Glasgow City Council Director of Governance and Solicitor to the Council Carole Forrest. They will be supported by the CGF Management Team.

CGF CoCom Chair Bruce Robertson said: “I am delighted to have been appointed as the new Chair of the CGF Coordination Commission and I have been working closely with Chris Jenkins and the team to ensure a smooth transition.

“I have been closely involved with 2022 Commonwealth Games preparations in my capacity as the CGF representative on the Birmingham 2022 Legacy and Benefits Committee and I believe my experience of leading the recent Coordination Commissions for both Glasgow 2014 and Gold Coast 2018 will stand me in good stead for this important role.

“With two and a half years until the Opening Ceremony, the CGF has been pleased to see that all the Games partners are fully committed to working collaboratively to ensure a great multi-sport event in 2022.

“We look forward to being updated on progress from the Organising Committee and partners while at the same time providing guidance and support to ensure the successful delivery of Birmingham 2022.