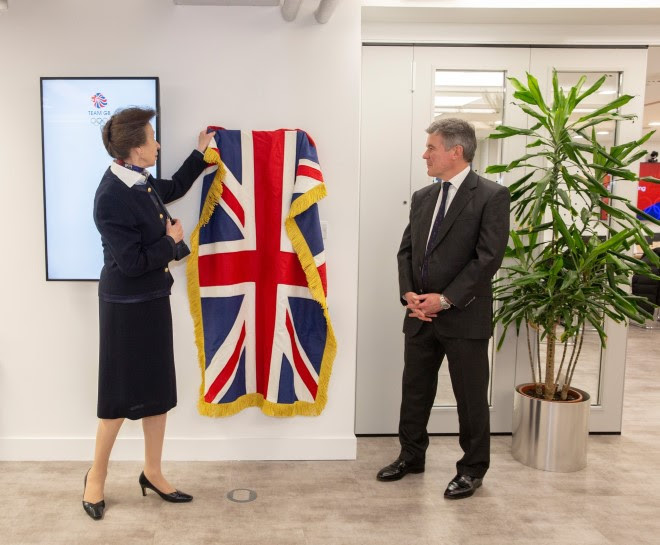 The three organisations moved to their new home during the summer but received the royal seal of approval from the princess, who is also the BOA’s president, as well as British representative to the International Olympic Committee and an Olympian herself (Montreal 1976 – Eventing).

Talking about the visit of the Princess Royal to the new offices, British Olympic Association CEO, Andy Anson, said: “It was a special occasion for the BOA and our partner organisations to welcome the Princess Royal to our new offices. It was great for the broader BOA team to get to meet the Princess and spend time with her – as an Olympian and keen sportswoman her interest in and commitment to the Olympic movement is strongly recognised by all of us and undoubtedly the visit and opening ceremony helped focus the mind towards the months ahead and the exciting challenge of preparing for the Tokyo 2020 Olympic Games next July.”

“Moving to our wonderful new premises has only served to further strengthen the partnership working between ParalympicsGB and Team GB as we support our athletes to achieve their dreams at Tokyo 2020.”

GB Snowsport CEO, Vicky Gosling, said: “On behalf of GB Snowsport I would like to thank HRH Princess Anne the Princess Royal for her inspirational visit which was a truly memorable moment and a fantastic way of celebrating the official opening of our new office. My team and I are extremely grateful to have been part of the visit to the BOA offices.”