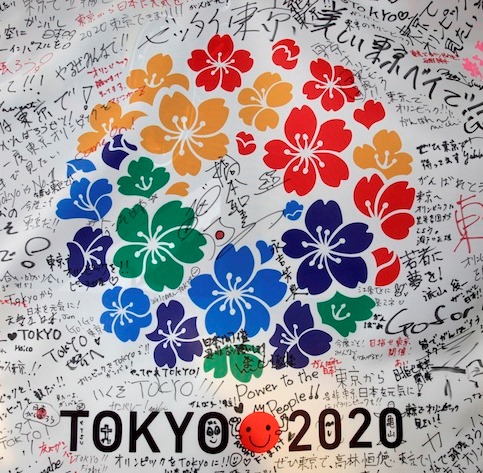 Olympic Games sport pictograms were first introduced at the Tokyo 1964 Games, which arose from a need to communicate visually to an increasingly international group of athletes and spectators. Since then, pictograms have been created for every edition of the Games.

While paying great respect to the predecessors and inheriting the Tokyo 1964 pictograms by innovating them, the Tokyo 2020 pictograms not only adhere to the objective of communicating information, but also are designed to display athletes’ vibrant movement in the most attractive way.

There are 33 sports that will feature in the Olympic Games Tokyo 2020 programme, and some sports use more than one pictogram. There are two sets of 50 designs – “Free Type” and “Frame Type”. Colour variations will be developed mainly using the blue of the Tokyo 2020 Emblems and five other traditional Japanese colours—kurenai, ai, sakura, fuji and matsuba— as sub-colours to create points of difference. The Free Type unframed pictograms will be used on posters, tickets and licensed products, and the Frame Type pictograms will be used for more functional purposes on maps, signage at competition venues, guidebooks, and on websites.