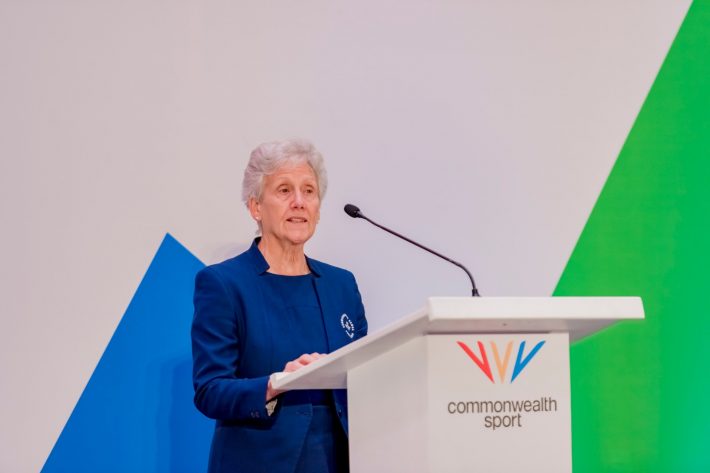 Dame Louise (Scotland) was re-elected by acclamation by delegates at the Kigali Convention Centre four years after she took up the role in 2015, when she became the first female to hold this office in the history of the Commonwealth Sports Movement.

She has a long and distinguished association with the Games as an athlete – swimming for Team Scotland at the Perth 1962 Commonwealth Games – and thereafter as Team Manager, Administrator and Honorary Secretary.

She was appointed a Dame Commander of the Order of the British Empire by Her Majesty The Queen in the 2019 New Year Honours List.

The three other Regional Vice-Presidents were all re-elected: Africa with Miriam Moyo (Zambia), Caribbean with Fortuna Belrose (Saint Lucia) and Oceania with Hugh Graham (Cook Islands).

In addition to the elections, the General Assembly saw the approval of a refreshed Transformation 2022 strategy and the continued evolution of the CGF’s Governance and Regulations.

Deliberations took place to further evolve the Commonwealth Games Sports Programme while the new CGF Brand and Logo was formally showcased for the very first time.

Speaking at the General Assembly, CGF President Dame Louise Martin DBE said: “Looking back over the last quadrennial, I am overwhelmed by a sense of pride from our collective achievements, at the endeavors of Commonwealth athletes, at the success of our flagship events and how we have adapted and responded to challenges as well as harnessed opportunities.

“Like all families, we are defined by people, how we treat and respect each other and how we work together.

“Let’s continue to deliver on the strategy outlined in the Transformation 2022 Refresh and enjoy this journey as through sport, we build peaceful, sustainable and prosperous communities across the Commonwealth.”

The General Assembly took place at the flagship Kigali Convention Centre with the event marking the ten-year anniversary of Rwanda joining the list of Commonwealth nations in 2009.

It was staged a year before the country hosts the Commonwealth Heads of Government Meeting (CHOGM) in 2020 with Commonwealth Secretary General the Rt Hon Patricia Scotland QC in attendance where she delivered a formal address to the Assembly.

A list of the newly elected Executive Board and Sport Committee is below:

Sport Committee (One position per region):